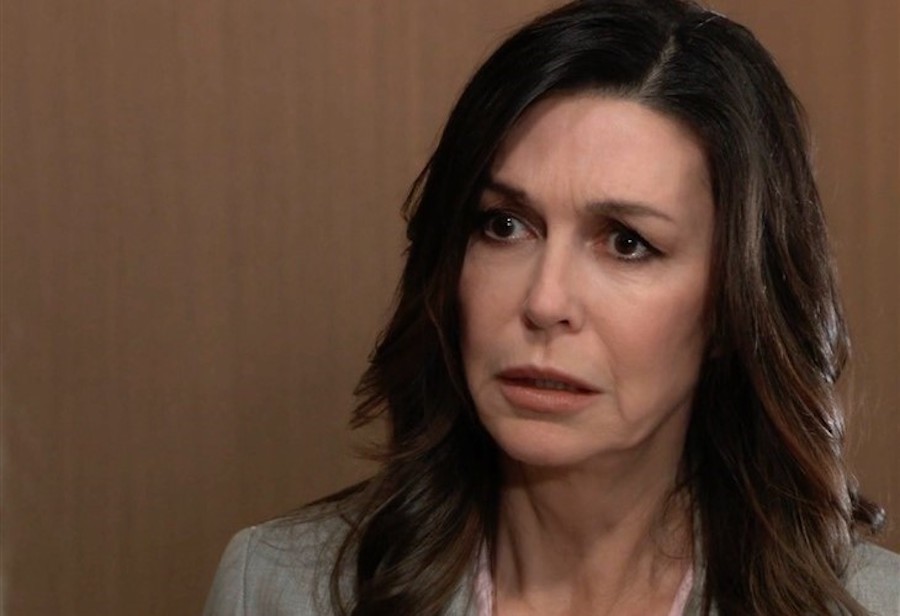 General Hospital spoilers say that even though she’s gotten this far in Port Charles in remaining relatively unscathed, it looks like that’s all about to change. Anna is left absolutely floored when she finds out that incriminating evidence has surfaced against her and she’s arrested for Lucy’s death. Keep reading below for everything you need to know.

According to the latest edition of Soap Opera Digest, General Hospital Co-Head Writer Dan O’Connor makes it no secret that Anna is absolutely shocked over these sudden turn of events. He puts it this way to the publication in a new interview, “It’s bad enough that the supposed victim is somebody that she cared about, but obviously, she knows she did not do this. And so, while she is reeling, there is part of the super-spy Anna that we know and love that sees this evidence as a piece in the ultimate puzzle that she has to put together and solve.”

General Hospital spoilers say that of course, Anna thinks that it’s Victor Cassadine that is responsible for all of this. O’Connor continues, “For Anna, it’s a no brainer. This has Victor’s fingerprints all over it.”

Mac and Robert decide to give Anna a visit in jail to give them her support. They also tell her that they believe she is a victim in this set up. Anna tells them that she believes Valentin might be in danger.

O’Connor previews, “It may have been Victor’s attempt to take him off the chess board before things climaxed with Lucy. Anna is alarmed and wants to make sure that no harm has come to Valentin – or to Charlotte.”

Now whether or not they will get the message on time to him remains to be seen. For now, all fans can do is cross their fingers, right? Needless to say, General Hospital fans will have to tune in to find out what will happen next. For now, let us know what you think by leaving us a line with your thoughts in our comments section below. General Hospital airs weekdays on the ABC network. Check your local listings for times.

The Bold and the Beautiful Spoilers: Matthew Atkinson Opens Up About Whether Thomas Is Truly Obsessed With Hope Again

The Young and the Restless Spoilers: Devon And Abby Get Closer

British Royal News: Is Prince Harry Saving All His Gossip…

The Young and the Restless Spoilers: Elena’s Conversation…

Bernice Emanuel Oct 9, 2022
The Bold and The Beautiful

The Bold and the Beautiful Spoilers: Deacon Sharpe Is…