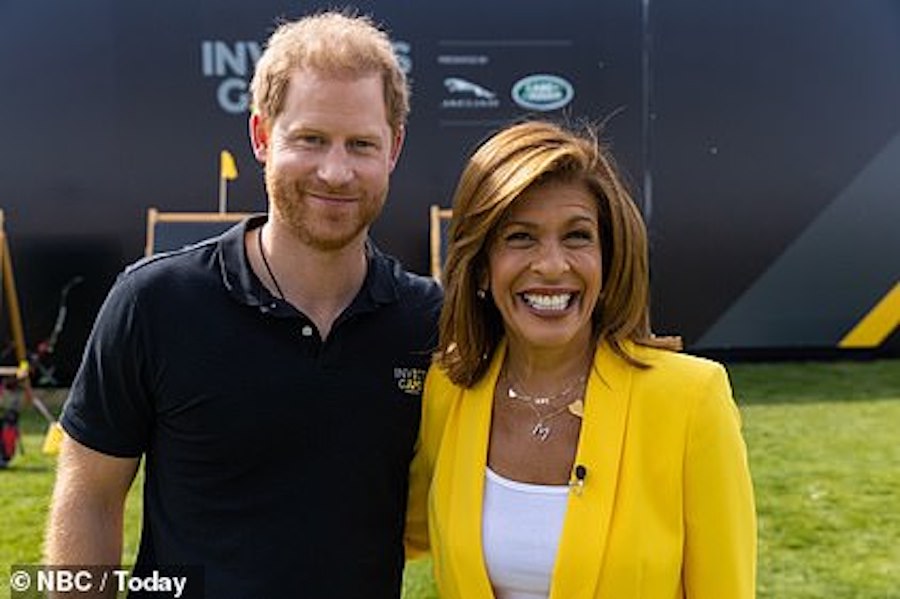 Say what you will about them, but there’s no denying that Prince Harry and Meghan Markle are supporting one another through the good times and the bad. But then again, that’s how a solid marriage works, right? Despite internet rumors that seemed to state the contrary, Harry admitted that yes, Meghan did meet Queen Elizabeth during their recent trip to Windsor before they made their way to Holland for the Invictus Games. Not only that, but Harry also say that he’s working hard to ensure that his grandmother is “protected” and that she has the right people around her. Here’s what you need to know.

In an interview with The Today Show, Harry said it was great to see his grandmother again. He said, “Being with her, it was great. It was just so nice to see her … She’s on great form.”

He also added that the queen had tea with Harry and Meghan and said, “She’s always got a great sense of humor with me.”

“I know you make her laugh. That’s what she always says,” host Hoda Kotb noted to Harry during their conversation. “Did you do it, (make her laugh) again?”

Harry then replied with, “Yeah, I did. It was really nice to catch up with her. I’m just making sure that she’s, you know, protected and got the right people around her. You know, home — home for me, now, is, you know, for the time being, in the states.”

What Did Prince Harry Just Say About The Queen’s Protection?

Another fan said, “Oh I think heads are going to  explode at Buckingham Palace and in the British media over this interview. He really doesn’t trust those courtiers and he wants them to know it.”

Days of Our Lives News: Tyler Christopher Says ‘It’s Ok Not To Be Ok’

The Bold and the Beautiful Spoilers: Steffy’s Memory Finally…