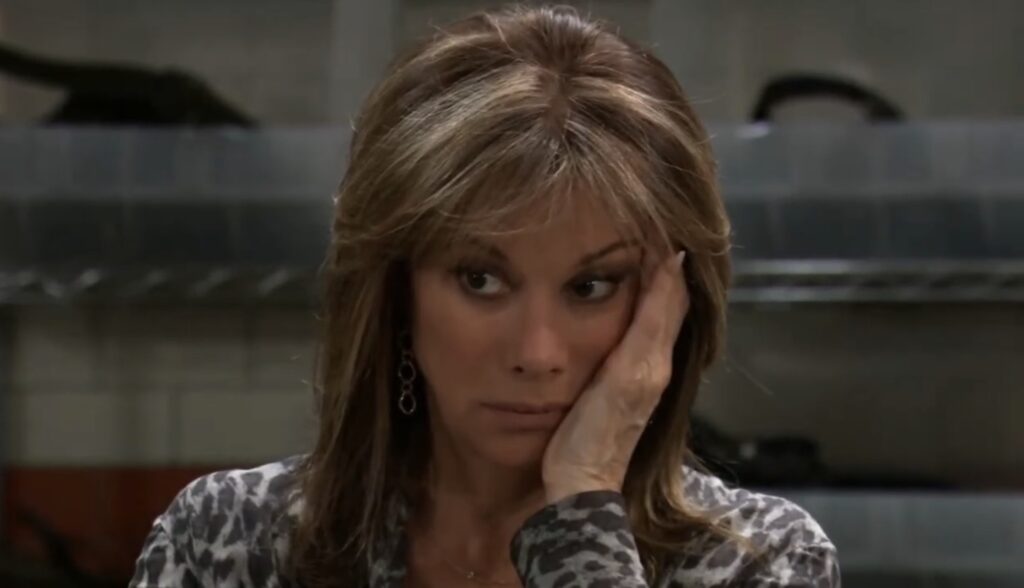 General Hospital star Nancy Lee Grahn is that kind of friend that will always be there for you, regardless of where you are, what you are doing, or what you might even need for that matter. The actress, who is best known for her role as Alexis Davis, reached out to her former General Hospital co-star Tyler Christopher. And of course, a lot of fans can’t help but wonder what this is about. Here’s what you need to know.

Just this week Tyler opened up about his mental health and his addiction struggles with Maurice Benard on his mental health series, State of Mind. And now it seems like Nancy has a few things to say to him. She wrote to him on Twitter, “My dear @Tyler2929 check your dm’s.”

This all comes after Tyler admitted that he began drinking alcohol at the age of 9.

“Some idiot at school said, ‘There’s alcohol in there. If you drink it, you’ll get funny, silly,’” he continued. “So what’s the first thing I do? When I get home from school, I go in the cabinet, and my mom had vanilla extract, like from left to right, and I took every one. And exactly what my friends told me would happen happened. I’m like, ‘Whoa, that feels good… That’s funny, that’s cool.’ And that’s how it started. And it never stopped.”

Tyler also admitted to being a “functional addict.”

So far it’s not known whether or not Tyler has checked his DM’s or has reached out to his former co-star. It sure would be nice to see them get together again, right? Let us know what you think by leaving us a line with your thoughts in our comments section below. General Hospital airs weekdays on the ABC network. Check your local listings for times.

Taylor Hancen Rios Nov 20, 2021
The Bold and The Beautiful