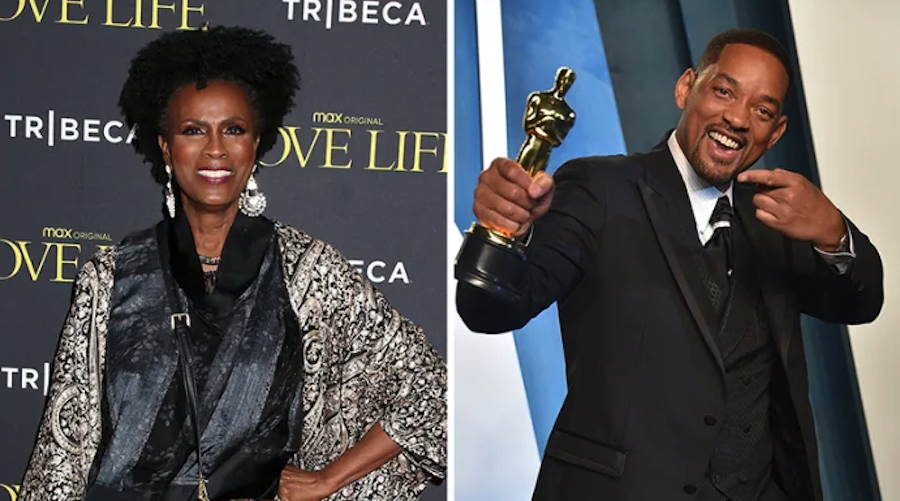 It was the slap that was heard from all around the world and now it’s the slap that also has Aunt Viv’s seal of approval. Of course, we are talking about the viral Oscars moment in which Will Smith made it known to the world that he didn’t appreciate Chris Rock making jokes at his wife Jada Pinkett Smith’s expense. As a result, Will came on stage during the broadcast and slapped Chris across the face. And now actress Janet Hubert, who played Will’s Aunt Viv on The Fresh Prince of Bel-Air and also had role on One Life to Live and General Hospital is speaking up about the matter. Here’s what you need to know.

Soon after Will Smith won his Best Actor award for his role in “King Richard,” Janet took to her Instagram account to celebrate his award. She wrote, “So PROUD OF YOU! Yes there is only so much one can take…sometimes you have to slap back. Celebrate the win.”

When a social media follower had asked Janet what she thought of Chris Rock, she responded with, “Met him once… it was enough for me…very mean spirited.”

Meanwhile, Will has issued an apology for slapping Chris Rock across the face. The actor called his behavior “unacceptable and inexcusable.”

Will Smith Issues An Apology

“Jokes at my expense are a part of the job, but a joke about Jada’s medical condition was too much for me to bear and I reacted emotionally,” he wrote. “I would like to publicly apologize to you, Chris. I was out of line and I was wrong. I am embarrassed and my actions were not indicative of the man I want to be. There is no place for violence in a world of love and kindness.”

He also included in his note an apology to “the Academy, the producers of the show, all the attendees and everyone watching around the world,” and said, “I deeply regret that my behavior has stained what has been an otherwise gorgeous journey for all of us. I am a work in progress.”

Bernice Emanuel Mar 17, 2022
The Bold and The Beautiful

The Bold and the Beautiful Spoilers: Hope Decides Deacon…