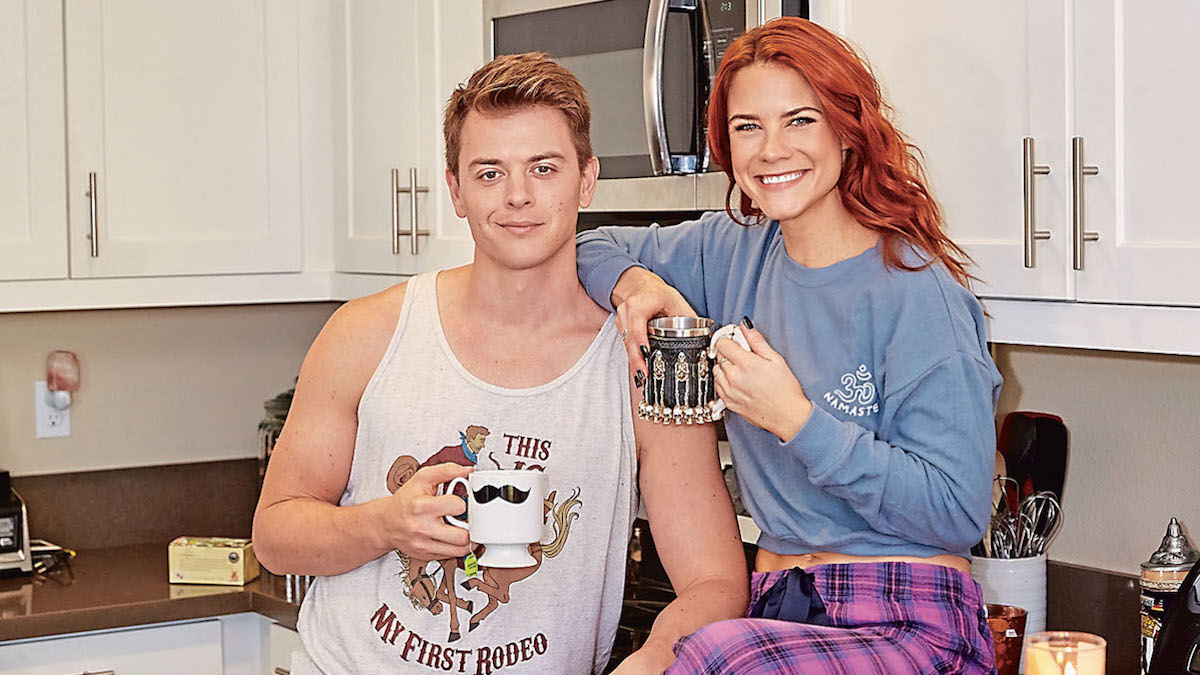 General Hospital star Chad Duell (Michael Corinthos) is setting the record straight about his marriage to The Young and the Restless star Courtney Hope (Sally Spectra). The daytime television couple shocked the world when they announced that they were separating after only two months of marriage and five long years together. And now Chad says that while there’s been a lot of speculation about what went down behind closed doors between them, all the rumors couldn’t be any further from the truth. The ex-couple announced their split back in December, and before the holidays. Here’s what he has to say.

Chad sat down with fellow General Hospital star Maurice Benard (Sonny Corinthos) in the latest episode for his YouTube series, “State of Mind.” Chad began things by saying that he has nothing but love for Courtney and that their breakup wasn’t as dramatic as one would expect.

He also said that the breakup was mutual and that even though they did have a Malibu wedding back in October, they were never really officially married. He explained, “We didn’t actually sign anything; we weren’t really, like, married, really. It was amicable [and] that’s all I can really say and we always want the best for each other.”

So far Courtney Hope herself has not made any comments about the matter. Let us know what you think by leaving us a line with your thoughts in our comments section below. General Hospital airs weekdays on the ABC network. Check your local listings for times.

The Bold and the Beautiful Comings and Goings: Beloved Fan Favorite Returns, Sequoyah Pops Back Up

The Bold and the Beautiful Spoilers: Steffy Will Stop At Nothing To Take Brooke Down

Days of Our Lives Spoilers: James Read Opens Up About His…

Bernice Emanuel Feb 24, 2022
The Bold and The Beautiful

The Bold and the Beautiful Spoilers: Hope Perplexed When…