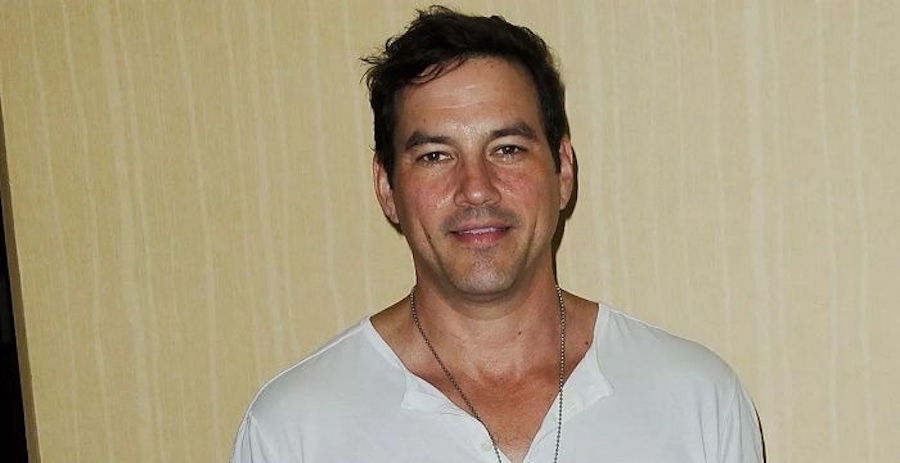 Days of Our Lives star Tyler Christopher (ex-Stefan DiMera) has every reason to beam with pride this week. The actor has revealed that his son, Greysum James, is definitely following in his famous footsteps. Apparently, the young talented boy has caught the acting bug, too. Here’s what you need to know.

It’s definitely a proud dad moment. Tyler Christopher shared a photo of his handsome son Greysum holding a congratulatory balloon, as he is celebrating a very special achievement! Tyler captioned his Instagram photo with, “Congratulations to my brilliant son, Greysun James Christopher, who landed a role in his school production of Matilda. He will undoubtedly shine on stage. Proud Dad moment for sure.”

Of course, it didn’t take very long for Tyler’s fans and followers to comment on his post, too. Many of them said, “So happy for Greyson and you!!! What a proud, wonderful time! Celebrate all you can! Congratulations!!!!” along with, “Congrats Greysun! That’s awesome! Following in dad’s footsteps. He definitely looks like you, too! Great genes run in your family.”

Another fan wrote, “How exciting. He’s a cutie. I know he will be fabulous. It’s in his blood. Congratulations! To you also Greyson!”

Days of Our Lives News: Tyler Christopher’s Son Has Caught The Acting Bug, Too!

Now, as far as whether or not Tyler Christopher plans on making a comeback to the daytime television world remains to be seen, but he did drop a major hint on social media this week. Tyler shared a photo of him reading scripts in one of his Instagram stories. Now, whether it was a script for a soap or for another television production, he did not say, but it’s enough to get his fans excited about his future. We have a feeling that we will be seeing Tyler back on the small screen back sooner rather than later. Until then, we will just keep our fingers crossed! Tyler’s fans can’t wait to see him back in action again.

The Bold and the Beautiful Spoilers: Deacon Puts The Moves…

General Hospital Spoilers: So Is Carly Corinthos Really A…

Bernice Emanuel Oct 25, 2022
The Young and The Restless

The Young and the Restless Spoilers: Peter Bergman Admits…