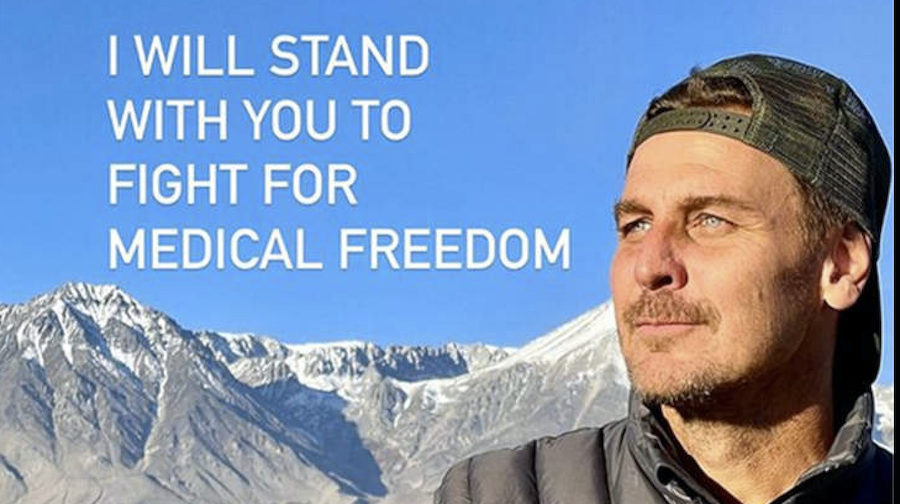 General Hospital news say that there are a lot of critics out there who believe Ingo Rademacher has no chance when it comes to the Big Mouse. In other words, the daytime television actor’s lawsuit against Disney-owned ABC might not get the results that he’s hoping for. Here’s what you need to know.

Ingo Rademacher says in his lawsuit that the COVID vaccine mandate is unconstitutional and amounts to religious discrimination. He is also being repped by Robert F. Kennedy, Jr. and John W. Howard, an attorney who has already filed several lawsuits challenging the vaccine mandates. Ingo was let go back in November when he refused to comply with the ABC network’s vaccine mandate.

Of course, it didn’t take very long for his critics to weigh in, with a lot of them slamming him for the lawsuit. Some comments include, “Ingo is a spoiled, entitled jerk. What religion denies medical advances? Has he always been against vaccines? He was essentially a day player, an afterthought. His role was to bring a little drama to the real actors of General Hospital,” along with, “Religious exemption? Someone please explain because I have yet to find any religion/faith that actually prohibits a vaccine.”

Another critic said, “Religious exemption. C’mon. On what grounds? I bet he’s actually afraid he’ll get a microchip injected into his arm. Or that the vaccine will hurt his male reproduction. Drama, drama, drama. Get over it. If people would stop believing the bs being pedaled on social media and get vaccinated, we could turn this mountain into a molehill.”

So far Ingo himself has not made any comments about the criticism, although we have a feeling you’ll have to watch this space. Let us know what you think by leaving us a line with your thoughts in our comments section below. General Hospital airs weekdays on the ABC network. Check your local listings for times.

The Young and the Restless Spoilers: Are Abby and Dominic Enough For Chance – Will He Abandon Wife & Child?

Bernice Emanuel Jul 18, 2022
The Bold and The Beautiful

The Bold and the Beautiful Spoilers: Taylor And Sheila…

Bernice Emanuel Dec 30, 2021
The Bold and The Beautiful

The Bold and the Beautiful Spoilers: Carter And Quinn Wonder…

General Hospital Spoilers: Bob Swickard Opens Up About His…