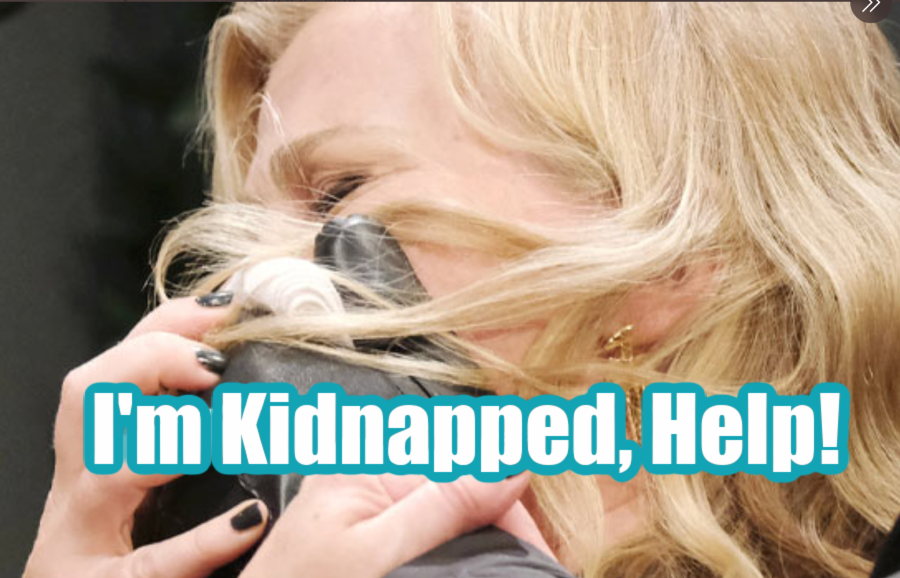 Days of Our Lives spoilers reveal all of Salem is still oblivious to the fact that Sami Brady didn’t just leave town with barely a word. Instead, she has been kidnapped and missing for months while everyone in her life has gone on without her, not even giving her much of a thought.

Days of Our Lives Spoilers: Where In The World Is Sami?

The last we saw of Sami Brady (Alison Sweeney), she stormed out of the DiMera mansion after EJ DiMera (Daniel Feuerriegel) was infuriated that she had an affair with Lucas Horton (Bryan R. Dattilo) and tried to cover it up. The next thing we knew, she was knocked out cold and kidnapped and all her family got was a text that she needed to go away for a while and they didn’t think anything of it.

Her family has been going on without her, with her son Johnny DiMera (Carson Boatman) even making a movie about her life that turned into a movie about her mother’s long-ago possession. EJ has moved on too, seemingly pursuing Nicole Walker (Arianne Zucker) and Abigail DiMera (Marci Miller) at the same time. Fans have been trying to guess who actually had her kidnapped and we may soon find out.

During November sweeps, Sami will finally be able to get a hold of a phone and call someone back in Salem, but the only words she can manage to get out is “I’ve been kidnapped” before the line cuts off. Who does she manage to speak to and will this person even believe her?

In real-life, Alison Sweeney has been off making yet another Hallmark movie, but we’re about to get Sami back on a long-term basis again. How will she feel about the fact that nobody seemed to care where she was and that EJ has decided to give it a shot with two women he has cheated on her with before, with Nicole being her longtime mortal enemy?

At this point, will Lucas even want anything to do with her or will Lucas be the one she calls and who tries to find her? After all, before she disappeared, he did tell her he was still in love with her. Stay tuned to Days of Our Lives weekdays to see how these stories play out.

Bernice Emanuel Aug 19, 2022
The Young and The Restless

Days of Our Lives Spoilers: Fans React To Kristian Alfonso’s…