The Young And The Restless Spoilers: Victor Supports Grieving Abby, Sends His People To Look For Chance? 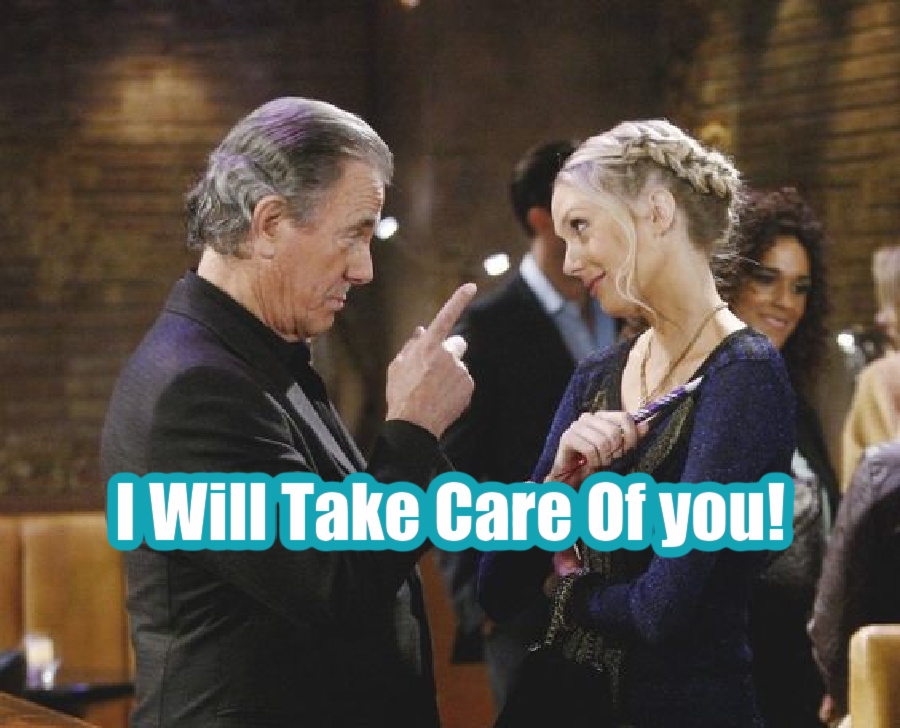 Viewers of The Young and The Restless will recall that the place that was bombed was apparently the place where Chance and the other FBI agents were staying. Christine Blair (Lauralee Bell) brought Abby the devastating news in person, and her family and friends surrounded her with their support. Abby was reminded of Mariah Copeland’s (Camryn Grimes) recent kidnapping by Ben “Stitch” Rayburn (Sean Carrigan) and how they never gave up on her.

But viewers of The Young and The Restless will also recall that Christine was sent a photo of the bombing and photos from the search and rescue – or recovery – mission, which showed Chance’s watch, but not Chance. The watch was one given by his mother Nina Webster (Tricia Cast) and had his name engraved on the back. Abby didn’t think he would be wearing it on a mission, and Christine and Abby’s mother, Ashley Abbott (Eileen Davidson) kept secret from Abby their fear that the place bombed was a hotel the agents had gone to staying the night. Therefore, Chance could have been in bed or getting ready to go to bed when the bomb hit.

Y&R Spoilers  – Abby Chancellor Calls Her Father When She Panics

Viewers of The Young and The Restless will recall that Abby practically collapsed when she saw the photo with Chance’s watch, and called Victor for help. Victor came immediately, and helped comfort his grief-stricken daughter, and makes the decision to send his people to look for Chance. Longtime viewers of The Young and The Restless know that it is not surprising for The Mustache to think he can accomplish what the FBI cannot! Victor has more contacts than they or the Genoa City Police Department do!

Ashley and Christine call Victor aside for a few minutes to brief him on the situation, and that Christine was told initially that there were no survivors. Victor sees the photo with Chance’s watch in it and notes that there aren’t any other clues that would lead anyone to believe that he had been there at the time of the explosion. Human beings normally don’t just vaporize with the type of bomb used, which certainly wasn’t a nuclear one. If Chance was really there, there must be some trace of his remains. If not, he vows that his people will find Chance and bring him back to Abby!

Viewers of The Young and The Restless know that no one wants to give Abby false hope, but no one wants to dash her hopes either. Ashley, Christine, and Victor are very careful to help Abby simply stay afloat until more information is verified about Chance. In the meantime, Devon Hamilton, (Bryton James) Tessa Porter (Cait Fairbanks) and Mariah Copeland (Camryn Grimes) stay close to help with baby Dominic Chancellor (uncast infant) and whatever else they are needed for. Until undeniable proof of Chance’s death is ascertained, they will all support Abby and stay close, and decide to wait with contacting his mother Nina until more is known. Viewers of The Young and The Restless know if anyone can find Chance or what remains of him, Victor’s people can!

The Bold and The Beautiful Spoilers And Rumors: Broken Hearted Quinn And Bill Hit The Sheets!

Days of Our Lives Spoilers: Is Tyler Christopher Dropping…