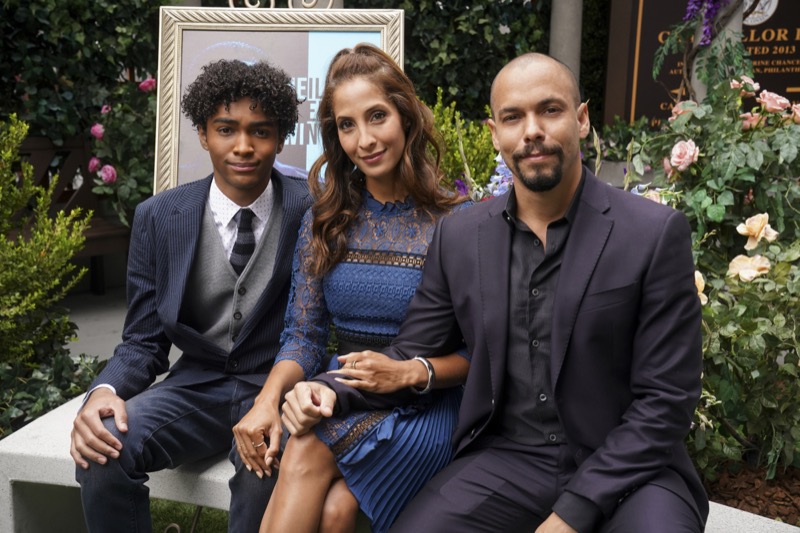 The Young and the Restless spoilers and updates tease that Jacob Aaron Gaines opens up about his experience now that he’s part of the daytime soap.

The young actor has been cast to play the role of Moses Winters. Gaines said that’s it’s been an honor to be part of the iconic daytime drama. He’s grateful for the privilege of knowing the cast and crew. He said he’s having an amazing time and learning a lot of things from everyone. He also joked that people on set are still putting up with his corny jokes.

Getting to Know Jacob Aaron Gaines

Gaines describes himself as a person who is caring and adventurous. He loves to make new friends and “prefers to look at the glass half full” side of life.

“I can be ultra-competitive but it motivates me to be the best version of myself each day.”

Landing the Role of Moses

He revealed that he had no idea that his character would be the son of the late Neil Winters. He felt very humbled for being given the opportunity to play such a role. He was excited but also nervous at the same time.

“I knew everything happens for a reason. I hope I portray Moses,” the actor said.

Hoping for a Thriller/Mystery Storyline

If given a chance to write a storyline for his character, he said he wants Moses and Faith to visit a haunted house and perhaps discover a buried body. He wants to see how the pair will handle the situation and hopes that it’ll adopt a Hardy Boys/Nancy Drew style.

As for his character’s relationship with Faith Newman (Reylynn Caster), Gaines teased that they’ll be friends no matter what happens. He also appreciated fans for joining them in this journey. Fans have been growingly intrigued with the pair’s relationship. They’re starting to wonder what’s ahead for them.

The young actor revealed that he keeps himself busy when he’s not on set. He knows how to play the piano and loves to play video games, listen to music, and go cliff jumping. He likes binging on Netflix series and spending time at the beach even though he’s terrified of sharks. Gaines has new projects in the pipeline. He didn’t reveal anything yet and just asked his fans to stay tuned.

The Bold and the Beautiful Spoilers: Steffy Is Now Going…

The Bold and the Beautiful Spoilers: It Looks Like Bill And…

Bernice Emanuel Nov 10, 2022
The Bold and The Beautiful

Days Of Our Lives POLL: Do Viewers Want Ben Weston Back Or…