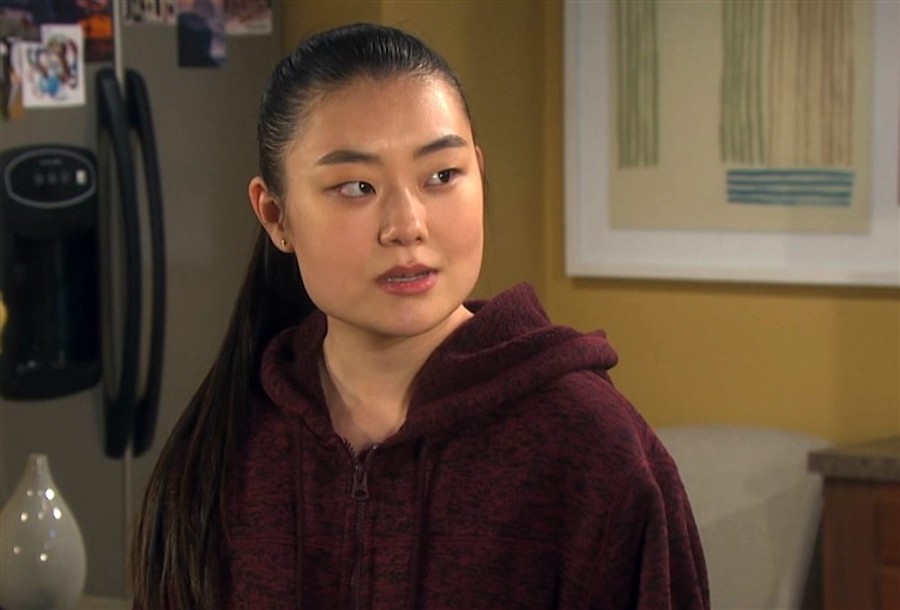 Days of Our Lives spoilers say that if there’s anything we’ve learned about life in this fictional town of Salem, it’s that you can always expect the unexpected. Luckily, actors Victoria Grace and Remington Hoffman recently previewed what’s next for the Shin siblings. Here’s what you need to know.

Speaking to Michael Fairman TV in a new interview, Hoffman first opened up about the show’s very diverse cast. He said, “And I think having romantic interests is important, that my character’s romantically involved with the beautiful Camila [Banus, Gabi]. That’s a really big step I think and like you were saying about Crazy Rich Asians—Henry Golding, he was the first Asian male sex symbol in long time: at least besides maybe Bruce Lee, but Bruce Lee was more known for martial art. And so it’s cool to play this more leading character that’s in a relationship that’s scandalous and exciting.”

Grace then added of the Shin siblings, “But when it comes to Wendy and when it comes to Li, what’s amazing to me is that they are not stereotypical Asian characters. DAYS has done such a great job of fleshing them out to be 3D human beings. Wendy, she is feisty, she is tough, she is tech-savvy. But she also, when romance ensues, maybe she has a little bit of a vulnerable side to her as well.”

Days of Our Lives News: What’s Next For The Shins?

Days of Our Lives spoilers say that Wendy is now spending more time with Johnny in the hopes that they can crack a new case together. Grace previewed the action by saying, “She thinks Johnny’s really interesting and she feels excited by him and he can take her to new places and see new things. And also there’s this mystery going on, and she’s a very driven, ambitious person. She came there for work, so Johnny kind of sidetracked her completely and that’s cool to her. There aren’t many people that can do that to her. She has a one-track mind on work, getting that promotion.”

Bernice Emanuel Nov 24, 2021
The Bold and The Beautiful

The Bold and the Beautiful Spoilers: Finn Shocked By…