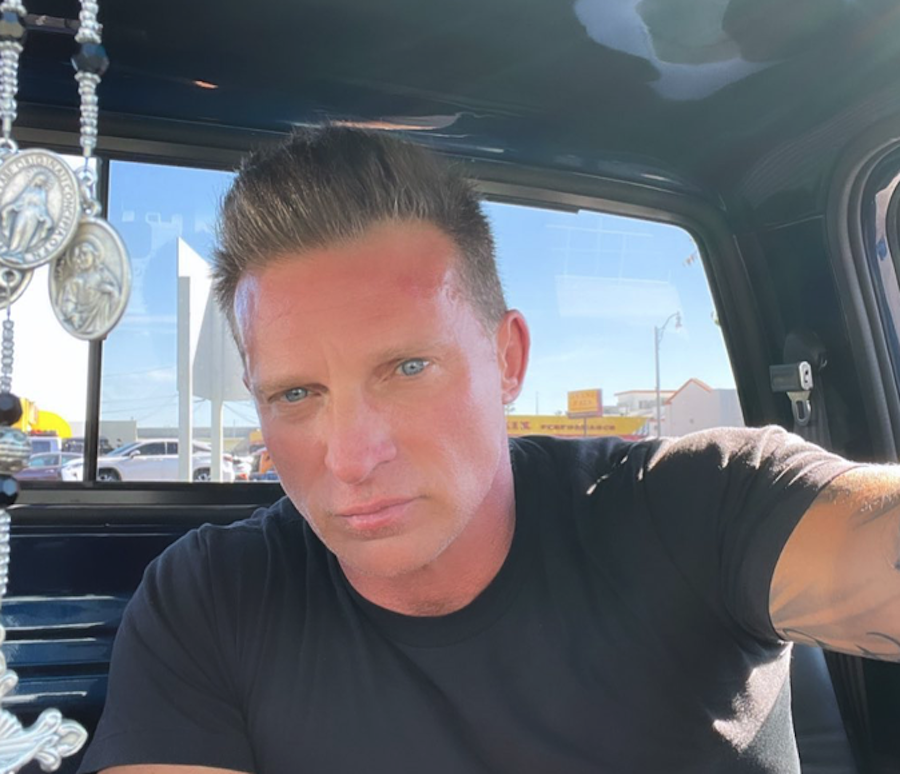 Days of Our Lives star Steve Burton might have seen a lot of changes in his life this year, but that’s not stopping him from keeping positive. The actor, who was let go from General Hospital back in 2021, is keeping the faith right before Thanksgiving. Here’s what he has to say.

Sharing a new selfie on social media, Steve wrote, “As I’ve mentioned before.. Gratitude unlocks all. I hope you have an incredible Thanksgiving. I am grateful for you all.”

Many of his fans replied with, “Happy thanksgiving to you also I’ve loved you forever and watched faithfully when you were in General Hospital,” along with, “Steve Hope you and your kids have a wonderful Thanksgiving sending you best wishes always God bless love your biggest supporters and fan always.”

Earlier in the month, it was reported that Steve has been tapped to join the main cast of Beyond Salem: Chapter 2. According to People, Steve will be reprising his role on the Peacock sudster early next year and will also have a “thrilling new storyline.” He will also be working alongside other DOOL vets such as Stephen Nichols, Mary Beth Evans, Deidre Hall and Drake Hogestyn.

Days of Our Lives News: What’s Next For Steve?

There’s no doubt that Steve is happy to be back on the show again, as he mentioned not too long ago that coming back to the set of Days of Our Lives felt like a new experience for him, even though he began his daytime television career on the sudster. Even though he was reprising his role as Harris Michael, Steve said that he felt like he was playing a new character because “obviously I wasn’t on the show long enough to establish [much about the] character.”

Steve continued, “I make references in the digital series to that character a couple of times, but it’s a new character. And I just let [Days of Our Liveshead writer] Ron [Carlivati] figure it out and do his thing, like we always do as actors, and talked it through with him.”