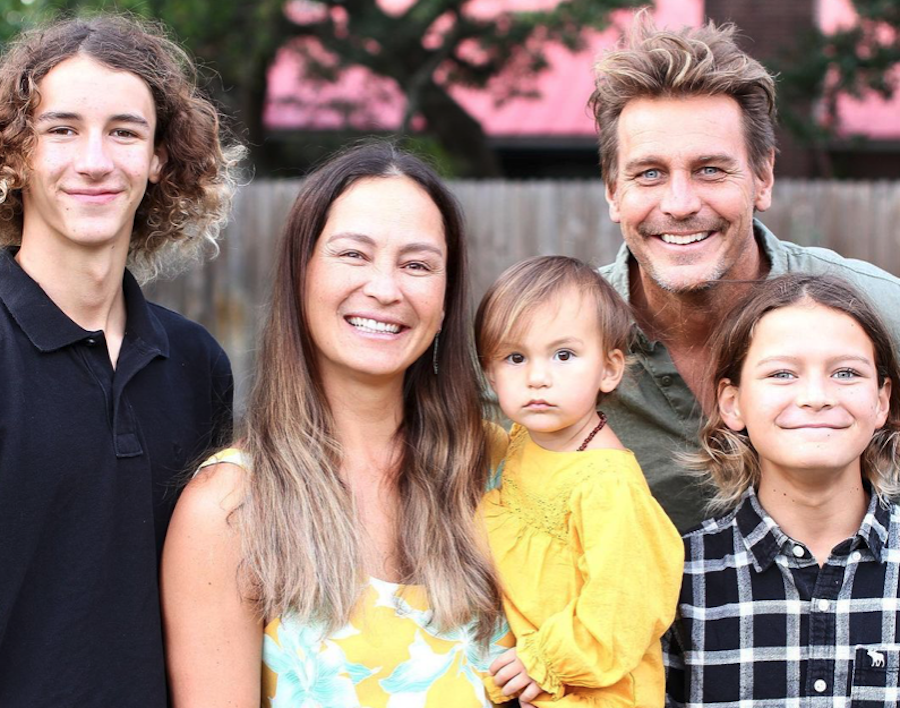 Let’s just say that this holiday season is sure going to look different compared to years past for this soap star and his family. General Hospital alum Ingo Rademacher, who was once best known for his role as Jasper Jacks on the hit ABC soap, recently posted a new holiday photo of his family, which includes his wife Ehiku and their three children right before Thanksgiving. Here’s what you need to know.

Ingo captioned his photo with, “Happy thanksgiving y’all! Safe travels and enjoy your time with friends and family and whatever else you’re doing.”

Now, one of the reasons why this holiday is going to look different is because this is the first year that the Rademacher family will be spending it on the East Coast rather than California or in Hawaii. As many of Ingo’s fans probably already know, the actor moved his family to Panama City, Florida in the hopes that he can find work in nearby Atlanta or Nashville. Plus, he really loves the Sunshine State.

Both Ingo and his former General Hospital co-star Steve Burton lost their jobs because they refused to comply with the network’s vaccine mandate back in 2021. However, according to Deadline, Walt Disney has dropped their COVID vaccination mandate for many of its television shows. Productions will no longer require workers in front of and behind the camera in the most high-risk areas of their sets to be vaccinated. As many fans can recall, the use of vaccination mandates was agreed to by unions and producers as part of the so-called Return to Work agreement last year.

And while there’s some talk of Steve Burton possibly coming back to reprise his role as Jason Morgan now that the mandate has been lifted, the same can’t be said for Ingo Rademacher. That said though, we have a feeling that good times are ahead of the actor. Watch this space.

The Young and the Restless Star Joshua Morrow Loves The Nick, Sally, And Adam Love Triangle For This Reason

Days of Our LIves Spoilers: EP Says Move To Peacock Was…

Bernice Emanuel Mar 19, 2022
The Young and The Restless