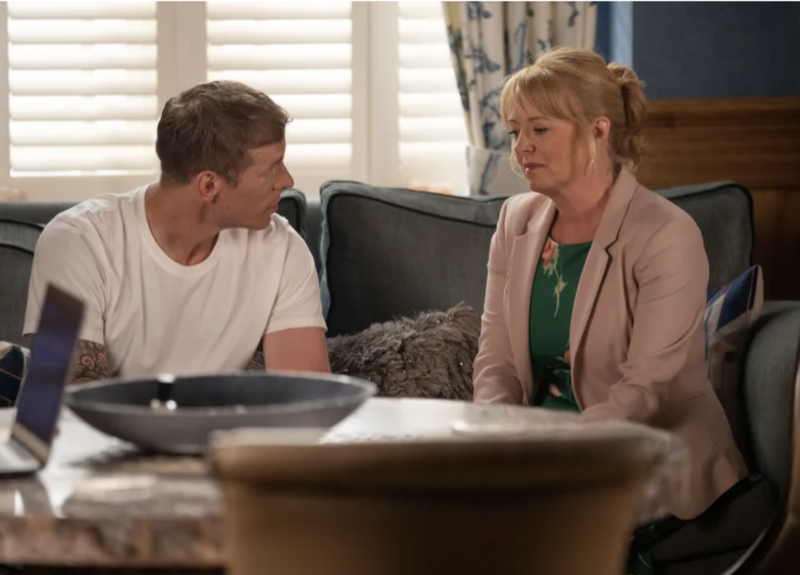 Jenny (Sally Ann Matthews) and Leo (Joe Frost) encountered a test on their relationship when the latter wanted to pursue his profession in Canada. With his eagerness to stay with his lover, Leo decided to stay on the cobbles. He also worked as a day laborer with Ed Bailey (Trevor Michael Georges). However, the man got impatient with the idea of putting his dreams on hold.

Meanwhile, Jenny witnessed how her boyfriend suffered when he decided to stay in Weatherfield. She didn’t want to become a hindrance to his successful life in the future, so she told him to follow whatever his heart desires. Later that day, Leo broke the news that he was accepted for a job in Toronto and will soon leave the Street.

Jenny Bradley Cries Her Heart Out

In the upcoming scenes, Jenny finds comfort with a bottle of liquor after she advises her ex-boyfriend to follow his dreams and leave Weatherfield if he must. Somewhere in the cobbles, Sarah Platt (Tina O’Brien) mentions to her uncle that Jenny is the owner of the Rovers Return.

The information strikes Stephen Reid (Todd Boyce) as he is still dealing with a financial crisis, so he decides to flirt with Jenny. As she deals with her brokenness, Jenny invites Stephen to come over. As soon as the man arrives in the back room of the Rovers Return, Jenny throws herself to him and kisses Stephen passionately.

Meanwhile, Rita (Barbara Knox) and Gemma Winter (Dolly-Rose Campbell) convince Leo not to leave the cobbles, so the man returns to the pub with an engagement ring. Gemma then leads him to the back room.

Will they catch Jenny and Stephen’s intimate moment?

As she steps back to the cobbles after her weekend trip, Daisy (Charlotte Jordan) catches up with Jenny and talks about a lot of things until the latter mentions her intimate time with Stephen. Knowing that Daisy is so poor at keeping secrets, Jenny might find herself the center of attention in Weatherfield.

Will a possible exposure happen on the Street anytime soon?

Days of our Lives Spoilers: Total Viewership Is Up For NBC Soap, Tied for Number One in Key Category

Elizabeth Rose Oct 29, 2021
The Young and The Restless

The Young and the Restless Spoilers: Jeremy Goes Face To…

Bernice Emanuel Sep 20, 2022
The Bold and The Beautiful