Days of our Lives Spoilers: Total Viewership Is Up For NBC Soap, Tied for Number One in Key Category 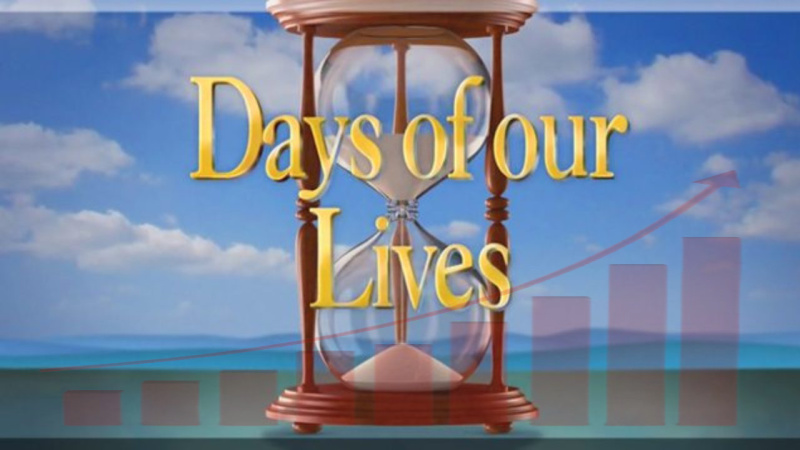 Days of our Lives (DOOL) spoilers reveal that the NBC sudser is wowing in the ratings race, just in time to disappear from the network and force viewers to pay for the privilege of watching the decades old show.

According to Soap Opera Network, the other three daytime dramas were lackluster in the ratings game for the week of August 22-26, 2022. But the show that is about to make viewers open their wallets in order to watch, is the only one to show any gain in traction. Here’s what to know.

Days of our Lives spoilers: Show Is Forcing People To Pay

In actuality, DOOL’s numbers aren’t that spectacular when you consider the long view. The show posted numbers of 1.648 million/1.1 and but was down 74,000 total viewers from the same week in 2021. The show can only be seen on Peacock starting September 12 and gained 23,000 total viewers for the week.

It gained in the key demo of Women 18-49, putting them in a tie with the other three soaps. In addition, DOOL tied with General Hospital among Women 25-54.

DOOL spoilers: The Show Is Moving to Peacock

During the ratings week, the show focused on the eternal, infernal, tired triangle between Brooke Logan (Katherine Kelly Lang), Taylor Hayes (Krista Allen) and Ridge Forrester (Thorsten Kaye). Obviously viewers are not pleased, but will the show exec’s listen?

Days of our Lives spoilers: Viewers Will Pay In September

Finally, Y&R (3.270 million/2.1) was in last place and lost the most viewers of the four soaps. This is not good—the show was down nearly a half million viewers from the same time last year, 422,000 total viewers.

The Bold and the Beautiful Spoilers: Finn Takes Logan Side In Custody Battle, Steffy Loses It Risking Marriage?

Days of Our Lives Spoilers: Is Ben Putting Too Much Trust…