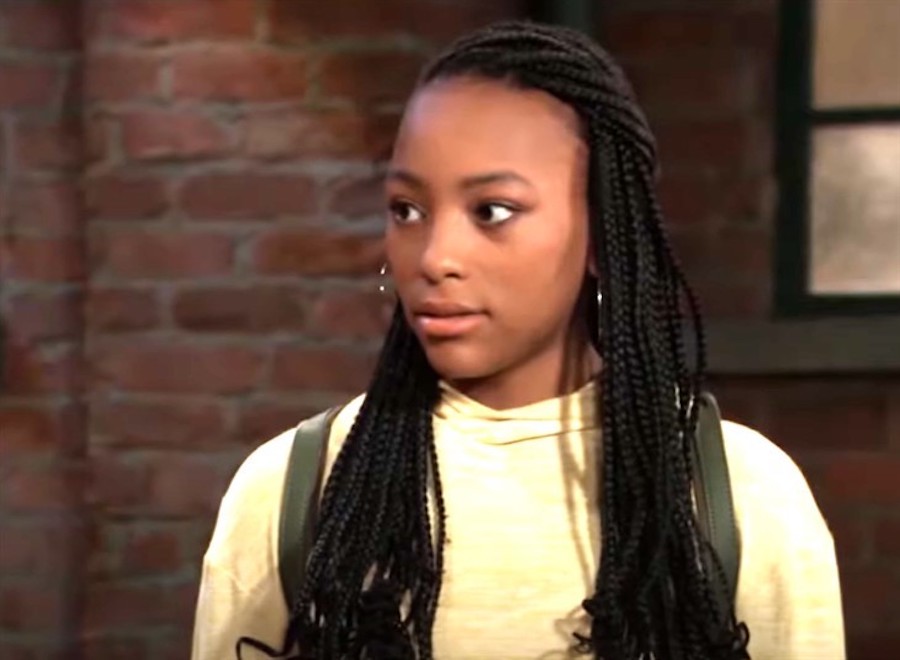 General Hospital spoilers say that Trina Robinson is desperately trying to get out of this mess that she’s unfortunately been dragged into. As her trial for supposedly releasing Cameron and Josslyn’s sex tape continues to unfold, things are not looking too good for Trina until Diane manages to pull some tricks from up her sleeve. Here’s what you need to know.

According to the latest edition of Soap Opera Digest, when Spencer is called up to the stand, Trina can’t help but get emotional. Actress Tabyana Ali, who portrays the character, puts it this way, “She thinks that he does believe she is the one who did this horrible thing and committed this crime and that he’s still tight with Esme. You can feel her hurt and frustration.”

However, General Hospital spoilers say that Spencer fails to give an alibi for Emse’s whereabouts during the teens’ trip to the cabin, which Diane think they can exploit to their advantage. In other words, she’s found a hole in this case and she’s willing to exploit it.

Tabyana says, “That definitely puts a light in her. It puts fire back into her, like, ‘Okay, we still have a chance of fighting! We haven’t lost the war, there’s still a way out, and Diane has it.’ Trina can finally see a little glimpse of hope.”

General Hospital spoilers say that Trina just wants to get this over with, but the case is far from over. Apparently Diane has another surprise up her sleeve and it’s one that is going to definitely rock the courtroom in more ways than one. Just when Trina is about to take the stand, Diane calls a surprise witness instead. Tabyana previews, “There is a very unexpected twist and you have to watch and tune in and see who it is, because it’s big.”

Bernice Emanuel Mar 9, 2022
The Bold and The Beautiful

Bernice Emanuel Apr 21, 2022
The Young and The Restless