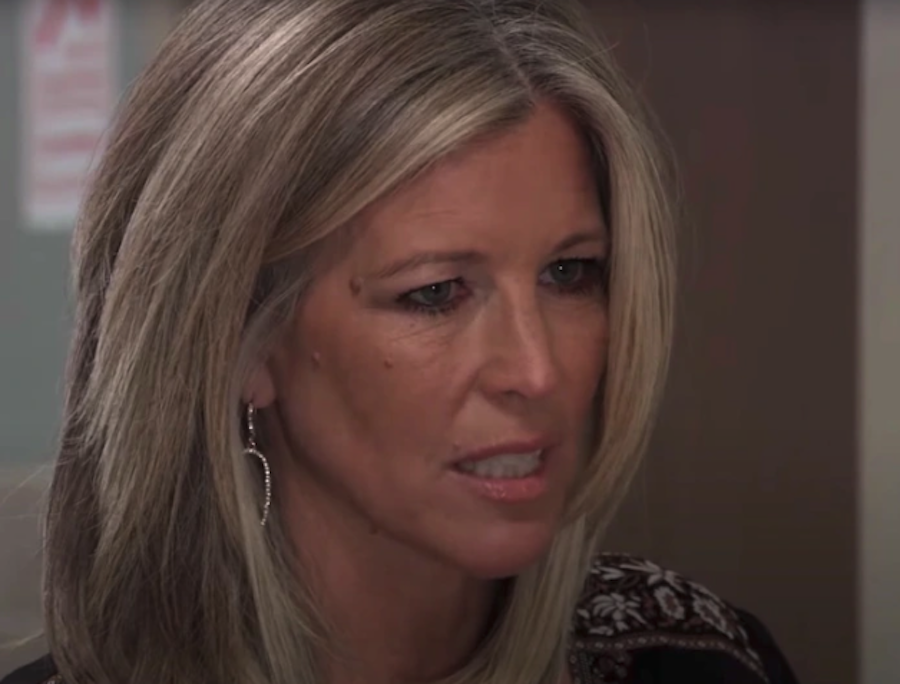 General Hospital spoilers say that while Carly Coritnhos (Laura Wright) might not be a perfect little angel herself, it looks like she is not willing to forgive or forget what Nina Reeves (Cynthia Watros) did to her, and that’s have an affair with her husband, Sonny Corinthos (Maurice Benard). In fact, it seems like Carly might be planning something big and ugly in the coming weeks. Keep reading below for all of the spoilers you need to know.

As many fans know by now, Nina and Sonny had an illicit affair at Nixon Falls. And while Sonny might not have been in the right state of mind at the time (he did think himself as ‘Mike’ after all), the two ended up getting closer while in Port Charles. Because of this, Carly has decided that she wants to erase Sonny from her life completely and move on.

And while you’d think all parties would have moved on by now, that doesn’t seem to be the case. There’s a good chance that Carly might not be liking Sonny and Nina’s very public displays of affection all over Port Charles. General Hospital spoilers say that while at the club, both Sonny and Nina are enjoying a little quality time together. When Sonny asks what they should do for the rest of the evening, Nina replied with, “I’m sure we can think of something.”

However, General Hospital spoilers say that Nina and Sonny’s plans for a happy life together might be derailed by none other than Carly. “I will never be over what Nina did,” she declares to Bobbie. Clearly, she’s got revenge on the mind! That said, we have a feeling that Carly might not be completely over her husband yet, too. Nina, we have a feeling that you are in danger, girl! Watch this space.

General Hospital Spoilers: What Is Carly Looking To Do Next?

Days of Our Lives Spoilers: Kristian Alfonso Returns To…