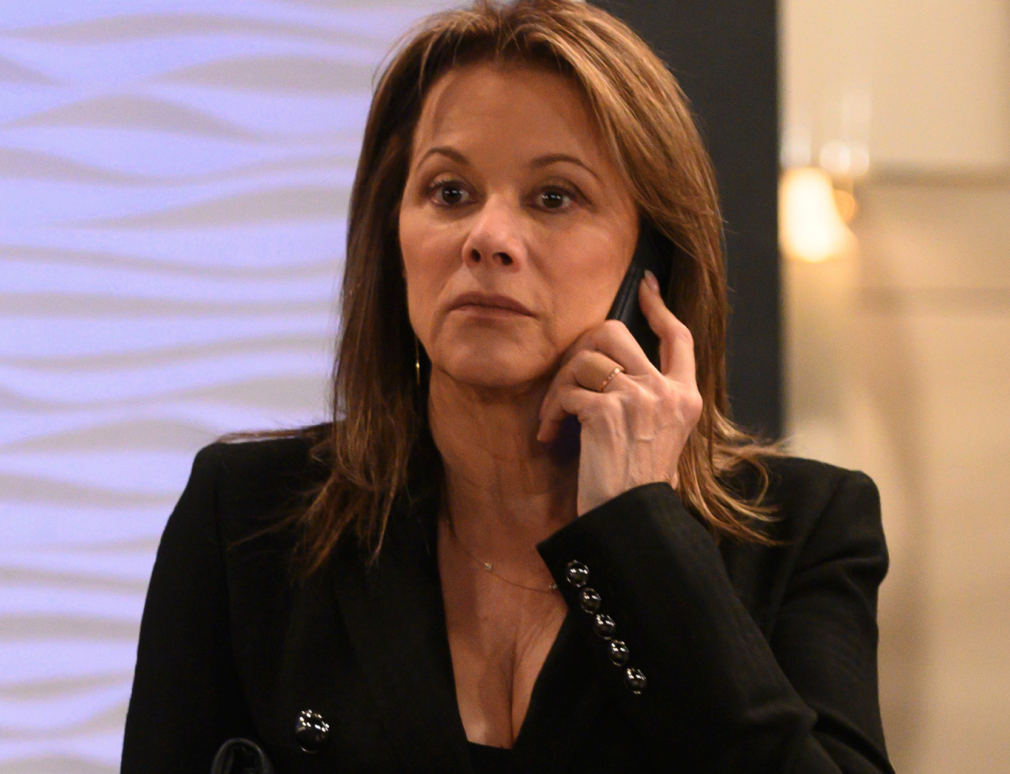 General Hospital news suggests that Nancy Lee Grahn might have broken her promise to her fans. Soon after it was announced that Elon Musk had bought Twitter for a cool $40 billion, the actress, who is best known for her role as Alexis Davis on the hit ABC soap, said that she would quit the micro-blogging platform in protest. Well, several days later it looks like she’s still tweeting to her fans, prompting some to wonder: could she be addicted to tweeting? Here’s what you need to know.

Earlier this week, Nancy took to her Twitter account to write this to her fans, “For now, until I can figure out how to remove myself from@twitter without losing connection with my community, I’m asking those on my page to follow me on Instagram where I will try to bring my truths/rants/funnies over there. My handle is NancyLeeGrahn. Thank you.”

Well, it seemed like her promise to quit Twitter didn’t last long because just a few hours after her declaration, she was back to tweeting again! In fact, when Elon tweeted, “For Twitter to deserve public trust, it must be politically neutral, which effectively means upsetting the far right and the far left equally,” Nancy was quick to respond with, “Cool #Elon if both parties were equal but they aren’t. 1 is decent & plays by the rules & the other is indecent & bulldozes over them. Public trust comes when there’s integrity & truth. Should Musk turn this into playground 4 unacceptable posting, we’ll take r party elsewhere.”

Many of her fans commented on the matter with, “That’s why you showed up (yet again) on my Twitter  feed. They sure are trying to push you on people, are you paying Twitter so you get attention?” along with, “Bye! It’s our turn to be able to have free speech too. You’ve harassed and bullied people for too long. I came back to Twitter because Elon Musk bought it not because you flap your fingers on the keyboard degrading anyone who disagrees with you.”

Tell us, why do you think Nancy came back on Twitter? Meanwhile, let us know what you think by leaving us a line with your thoughts in our comments section below. General Hospital airs weekdays on the ABC network. Check your local listings for times.

The Young and the Restless POLL: Was Sharon Newman Ever In Love With Rey Rosales?

Bernice Emanuel Apr 10, 2022
The Bold and The Beautiful

The Bold and the Beautiful Spoiler: Katherine Kelly Lang…

Bernice Emanuel Jan 24, 2022
The Bold and The Beautiful