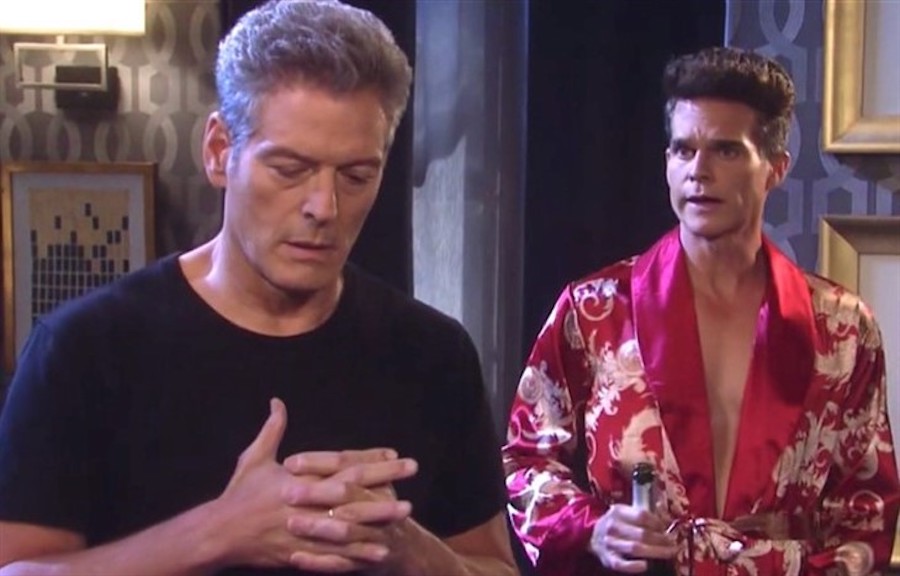 Days of Our Lives spoilers say that while Crag’s intentions were of the pure kind, the same can’t be said about Leo’s. Actor Kevin Spirtas, who plays Craig on the hit NBC soap, recently opened up about his character’s relationship with the colorful but also two-timing character, Leo Stark (played by Greg Rikaart). Here’s what you need to know.

Speaking to Soap Opera Digest in a new interview, Kevin said that Craig’s feelings for Leo are genuine, even if they are not reciprocated. He put it this way to the publication, “Craig’s not plotting or trying to test Leo. He’s really jumped in and fallen in love with him. He wants to put everything to rest and get married.”

That said, Days of Our Lives spoilers tease that before Justin can wed Leo and Craig, Chad will bust in the room and unveil a major secret about Leo which will most likely leave Craig and everyone else by surprise.. Kevin added, “Craig is completely in shock. Here they’ve been getting so much closer about what things happened in their past and who they were. Now they’re finding out about one more thing. Is this the straw that breaks the camel’s back?”

Not only is Craig’s life turned upside down, but it looks like he also can’t continue marrying Leo for better or for worse. In fact, he’ll want nothing to do with him once the truth comes out about his shady past. “Craig feels betrayed by Leo. Apart from his humiliations, he feels absolutely embarrassed. He was blinded by love,” Kevin previewed.

Days of Our Live Spoiler: What Will Craig Do With The Truth?

The fact that Craig’s ex-wife Nancy is a witness to this all sure isn’t helping his embarrassment either. Unfortunately, there won’t be any turning back as she, too, has moved on with her life for better or for worse. Needless to say, Days of Our Lives fans will have to tune in to find out what will happen next. In the meantime, let us know what you think by leaving us a line with your thoughts in our comments section below. Days of Our Lives airs weekdays on the NBC network. Check your local listings for times.

The Young and the Restless Spoilers: Chelsea And Sally…

Days of Our Lives Spoilers: EJ and Clyde’s Violent Prison…