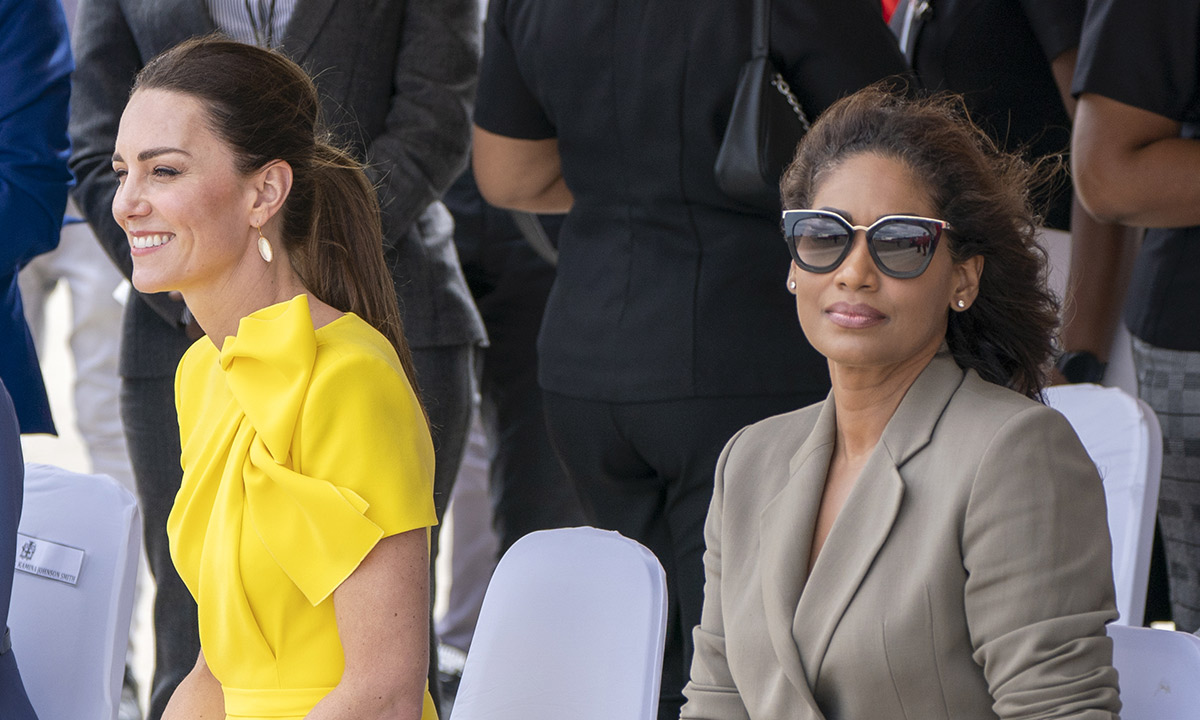 Lisa Hanna is setting the record straight. The Jamaican MP says that she didn’t snub Kate Middleton, as one viral video seems to suggest, but does say that the Duke and Duchess of Cambridge need to do more than just have “royal regrets” over slavery. Here’s what you need to know.

In an essay for The Guardian, Hanna makes it clear that while the monarchy has said that they condemn slavery, they’ve laso benefited it from it and have done little to help with reparations.

Hanna also cleared the air about the supposed snub that sees her looking away when Kate apparently tried to talk to her during an event in Jamaica this past week. She wrote, “I have nothing but respect for Catherine as a person, and I treated her with that respect and cordiality, as evidenced by many other photos and videos of our interaction. I do not have any quarrel with the duchess herself, the people of the United Kingdom or the government.”

She continued, “The more significant issue at play is the current global reality that our institutions have created over centuries. We all know the history of wars of conquest, slavery, subjugation and colonisation. We all know about the extraction of resources and the exploitation of lands and labor. Sadly, too many of us do not know that it was the slavemasters – not the slaves or their descendants – who  received reparations after slavery ended and the plantations collapsed.”

In addition, a Bahamas committee also wants the Duke and Duchess of Cambridge to acknowledge that the British economy was “built on the backs” of Bahamians.

“Bahamas is still under colonial rule and the Westminster system but we, as Rastas, don’t serve the system or the Queen. We can never forget slavery or the atrocities done to my people from the royal family,” Priest Marcus, of the House of Rastafari in The Bahamas, told The Independent in an interview.

“We’re looking forward to an official apology and reparations – many Bahamians feel the same way. 400 years of slavery can’t be forgotten easily just like that; the damage has to be repaired.”

Bernice Emanuel Jun 10, 2022
The Young and The Restless