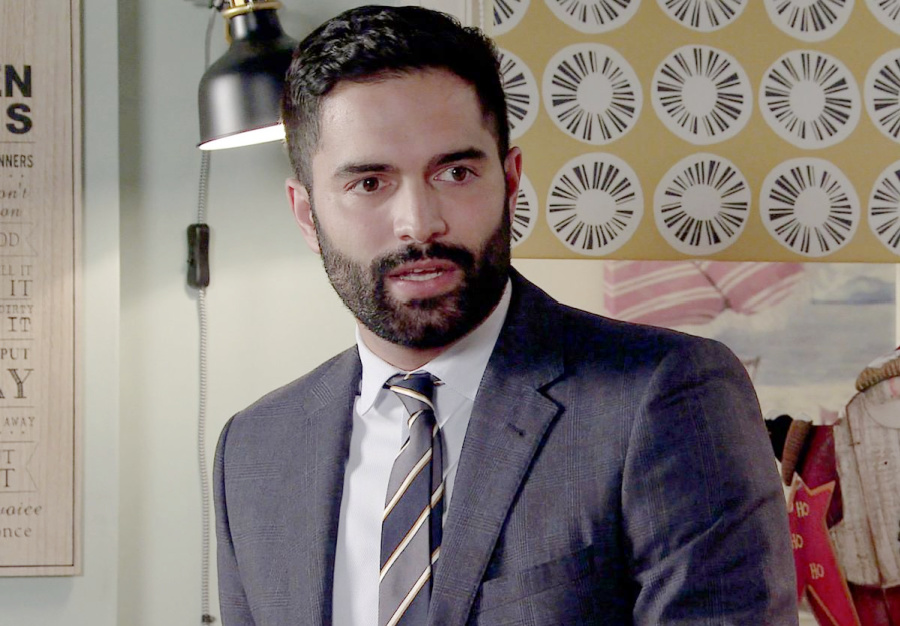 Coronation Street spoilers have teased for a life-changing moment for Imran Habeeb as he discovers his connection to Abi Webster’s baby shocker.

Last Christmas, Abi (Sally Carman) had a baby scare and confronted Imran about their passionate night. But the two sighed in relief when Abi’s pregnancy test was negative.

Moving on from their mistake, Imran (Charlie de Melo) is patching up things with partner Toyah Battersby (Georgia Taylor) through getting engaged with a goal to adopt baby Elsie. However, he will be hunted with his past with Abi’s baby revelation.

Abi is now the center of a major storyline after giving birth to a six-month child during an intense scene with her dodgy friend Dean (Anthony Crank). High in alcohol and drugs, the new mother abandoned her young son at the hospital, but spoilers revealed she will change her mind.

Facing a legal battle, Abi is left with no choice but to seek help from her child’s biological father Imran. But how will he react?

‘Coronation Street’ – Toyah To The Rescue

Toyah plays a major role in Abi’s baby twist as she supports her friend in ways possible just for the new mother to win this case. Abi has to prove herself to a social worker, making promises she has enrolled in rehab just to keep the child.

However, she’s faced with a major challenge when she needs to prove that she can provide a proper home for Alfie. Abi is left with nothing because her husband Kevin (Michael Le Vell) sent her away recently, so she confides in Toyah for help.

Toyah then asks for Imran’s legal advice, making out that a former client has reached out but the prosecutor discerns that she’s referring to Abi.

Imran tracks Abi down at the hospital where he swallows the hard pill that he’s the father. With Abi’s confirmation, Imran asks to see his son but Toyah pops out of nowhere, watching them from the corridor. Will she have a hint?

Corrie actor Charlie de Melo is tipped to be leaving the soap after five years of playing Imran, the Sun reported. According to a source, Charlie loved his time on Corrie, “but the time is right to try new things.”

Neither the soap nor the actor responded to this report, but if it is proven true, Imran’s involvement in this major plot will pave the way to a promised “spectacular exit storyline” for him.

Be sure to catch up on everything happening with Corry right now. Come back often for Coronation Street spoilers, news, and updates.

The Young and the Restless Spoilers: Robert Newman Opens Up About Ashland’s Love For Victoria

The Young and the Restless News: Is Sharon Case Taking A…

The Young and the Restless Fans LIVID That Doug Davidson Has…

Bernice Emanuel Feb 2, 2023
The Bold and The Beautiful