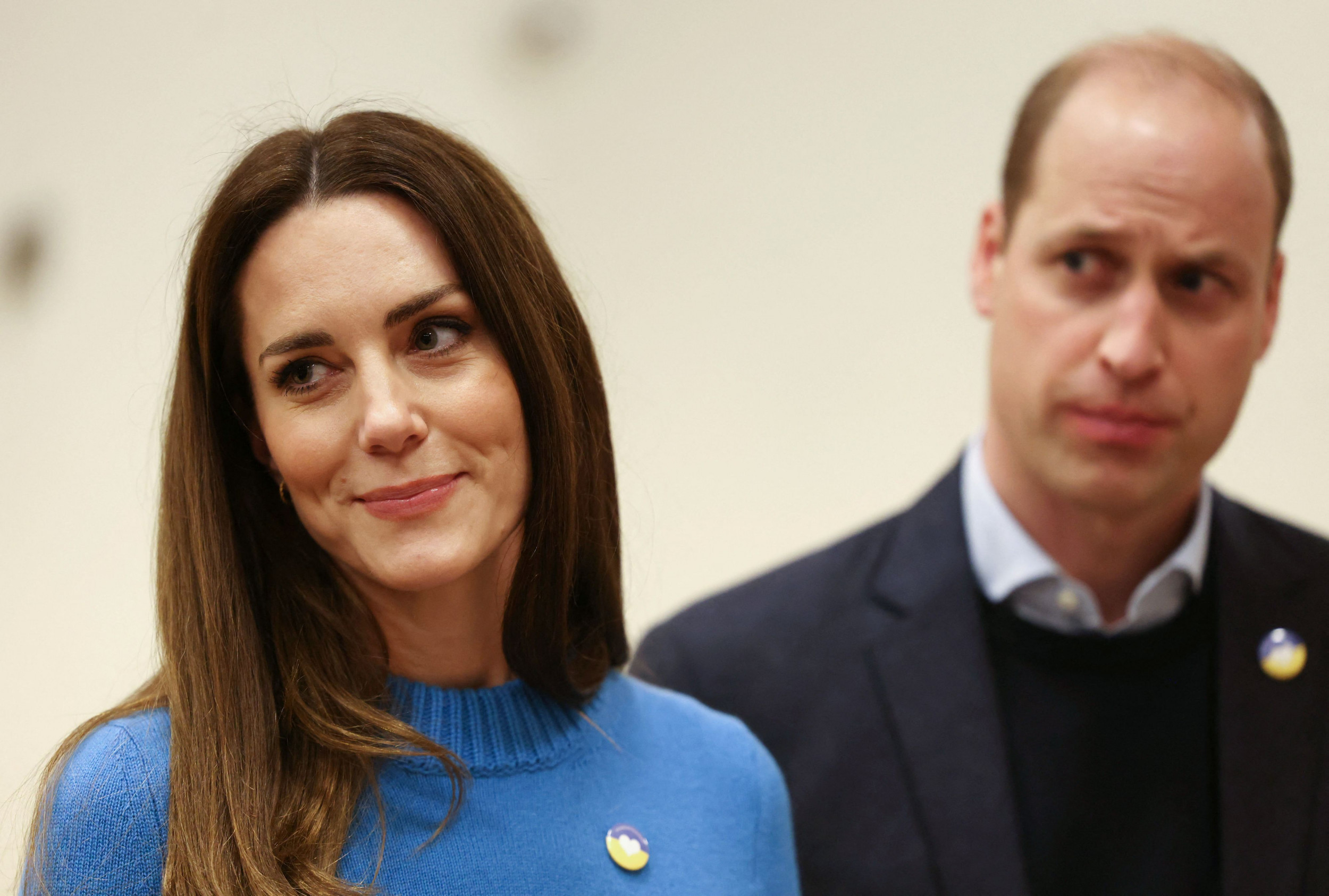 While there’s no doubt that the British royal family can’t say much about the ongoing situation in Ukraine because of their position of neutrality, they are still doing what they can to show Ukrainians their support, even if it means just wearing the colors of their national flag along with a pin, too. And that’s exactly what Prince William and Kate Middleton did when they visited the Ukrainian Cultural Center in London this week. Here’s what you need to know.

The Duke and Duchess of Sussex are showing their support for the people of Ukraine. According to reports, the royal couple made the surprise visit to hear about efforts to support Ukrainians in the U.K. and across Europe. Kate even wore a blue sweater to show that she’s behind the Ukrainians and brought home made treats with her during the visit, too. “Over the past two weeks, communities and organizations here in the UK have come together to provide vital support to Ukrainians here in Britain and across Europe,” the couple tweeted from their joint account.

“The Ukrainian Cultural Center in London has become one of many hubs organizing donations, material aid and supporting Ukrainians living locally. The work volunteers here are doing to ensure that help gets to where it is most needed is inspiring,” they added.

“So too is the incredible generosity of the British public. The Disasters Emergency Committee has already received over £132 million in donations, and continues to raise funds to support the essential humanitarian effort.”

Soon after Russian President Vladimir Putin decided to invade Ukraine with a military aggression not seen in recent years, William and Kate took to their social media accounts to write, “In October 2020 we had the privilege to meet President Zelenskyy and the First Lady to learn of their hope and optimism for Ukraine’s future. Today we stand with the President and all of Ukraine’s people as they bravely fight for that future.”

Days of Our Lives Spoilers Victoria Konefal Is Hanging Out…

Bernice Emanuel Nov 5, 2022
The Bold and The Beautiful

Elizabeth Rose Jul 25, 2022
The Young and The Restless