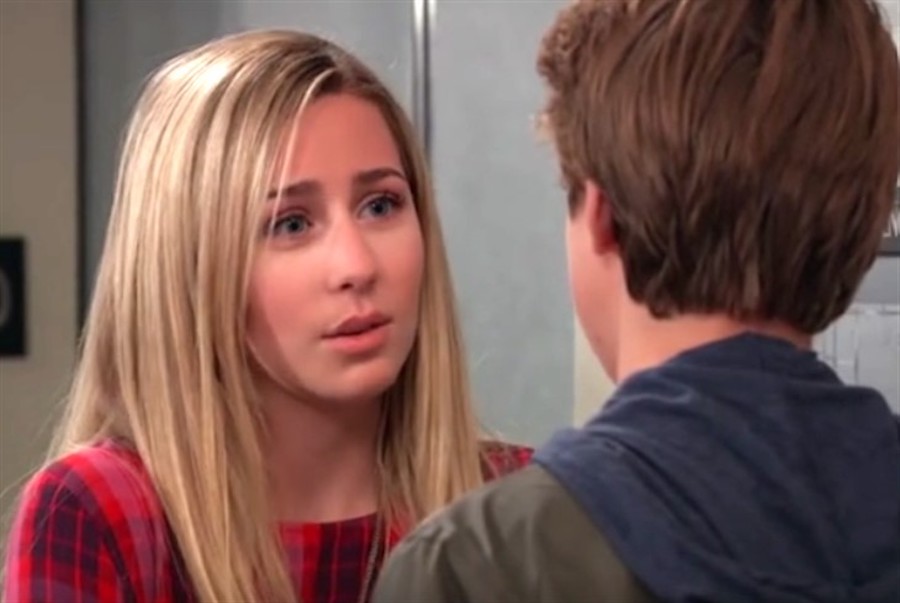 General Hospital spoilers say that this is certainly a “Pam and Tommy” moment for these kids in Port Charles. But of course we don’t mean that in a good way at all. Josslyn Jack’s (Eden McCoy) life is about to be turned upside down when she finds out that Esme secretly recorded her having sexy with Cameron (William Lipton). Not only that, but Esme also leaked the tape to the public! Here’s what you need to know.

According to the latest edition of Soap Opera Digest, Josslyn’s worst nightmare becomes a reality when, in the middle of her class, a video of her having sex with Cam appears on the screen in front of the entire class and her professor. Not only that, but it seems like the tape was distributed everywhere on campus, too!

Eden McCoy, who plays Joss on the hit ABC soap, puts it this way to the publication, “My initial thought when reading the script was, ‘I have to be so upset, so angry, so embarrassed; I have to be all these things all at once.’ But honestly, it’s not really like that because it’s just pure shock. The first thing that is running through her mind is, ‘How is this even in existence?’ She just had no idea that the intimate encounter had been recorded so her first reaction is shock – and then the panic comes. She needs answers!”

General Hospital Spoilers: What’s Next For Joss And Cameron?

General Hospital spoilers say that Cameron is also eager to figure out who is to blame. Actor William Lipton adds, “Joss and Cam are going through it all in their hands and Joss is getting visibly upset and angry and he goes, ‘Oh my God, do you think I did it?’ And she doesn’t answer right away, because she really doesn’t know. It’s not something she would initially believe, but then he says it and it kind of clicks in her head that could be a possibility. But that doesn’t last long, it’s just an initial, panicky thought.”

However, General Hospital spoilers say that Esme will accuse Trina of leaking the tape in front of Joss and Cam and needless to say, Trina will go off!

Bernice Emanuel Jul 25, 2022
The Young and The Restless

The Young and The Restless Spoilers: Victoria Pushes Victor…

Bernice Emanuel Apr 26, 2022
The Bold and The Beautiful

The Bold and the Beautiful Spoilers: Is A Brooke And Liam…