Prince Harry And Meghan Markle Dazzle While At The NAACP Awards, Pay Tribute To Ukrainian People 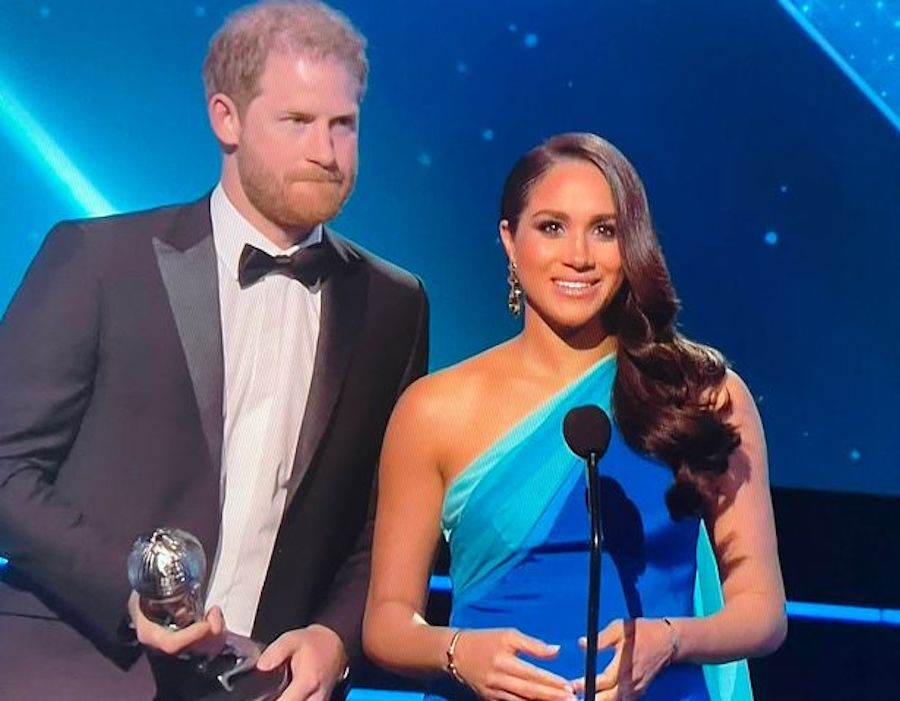 Prince Harry and Meghan Markle sure know how to make an entrance, now don’t they? The Duke and Duchess of Sussex were on hand to collect their NAACP President’s award at the NAACP Awards, where they also paid tribute to the Ukrainian people, amid their ongoing fight with Russia’s military invasion. Here’s what you need to know.

Prince Harry And Meghan Markle Dazzle While At The NAACP Awards, Pay Tribute To Ukrainian People

Harry and Meghan were special guests at the NAACP Awards, where the couple were honored with the prestigious President’s Awards to mark their special achievement for ‘distinguished public service.’

Meghan said in her speech, “It’s inspiring to think about the legacy of the Image Awards, which began shortly after the Civil Rights Act of 1964 and the Voting Rights Act of 1965 were passed into law.”

She continued,  “Today, we can continue that legacy by re-establishing federal voting protections in our country and fulfilling the work of civil rights giants, like the late John Lewis. We are so deeply humbled to be here in the company of so many illustrious awardees.”

The Duke of Sussex also said while standing next to his wife, “We would like to acknowledge the people of Ukraine who urgently need our continued support as a global community.”

Prince Harry then added, “I also echo the immense gratitude for tonight, both for this award and this community for welcoming me so warmly. I think it’s safe to say that I come from a very different background from my incredible wife, yet our lives were brought together for a reason. We share a commitment to a life of service, a responsibility to combat injustice and a belief that the most often overlooked are the most important to listen to. And I couldn’t be prouder that we’re doing this work together. We moved to California, my home state, shortly before the murder of George Floyd.”

It’s been noted that as of press time Buckingham Palace has not made any comments about the situation in Ukraine.

The Young and the Restless Spoilers: Ashland’s Love For Victoria Is Real – Too Bad The Snake Has To Go!

The Bold and the Beautiful Spoilers: Brooke And Taylor Go Head To Head

Bernice Emanuel Oct 28, 2022
The Bold and The Beautiful

Bernice Emanuel Jan 12, 2023
The Bold and The Beautiful

The Bold and the Beautiful Spoilers: Brooke’s Guilty…