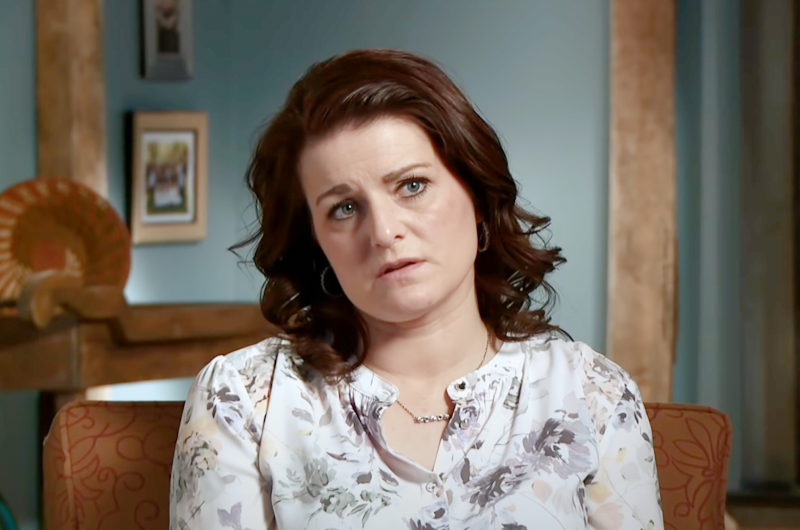 Sister Wives spoilers suggest that fans believe that Robyn Brown is Kody Brown’s unhappiest wife. Why do fans think this when she has the only functioning marriage with him?

Sister Wives – The Most Functioning Relationship

Sister Wives Robyn is the last wife to have a completely functioning relationship with Kody. Why does Robyn seem to be the least content of them all? When Robyn came into the family she claimed to want to be a part of the family, not to just want Kody. However, fast forward almost twelve years and she seems to be the only wife to have an intimate relationship with Kody. Of course, some fans believe that Kody’s overbearing narcissist attitude could be the reason for Robyn’s unhappiness. After all, Robyn has spent the better part of COVID as the only wife Kody spends any time with. Perhaps Robyn isn’t happy because she is the only one following his crazy COVID protocols and that makes her the only wife he sees. Could Robyn be getting too much of a good thing?

When Sister Wives Robyn Brown joined the Brown family it threw off everything with the rest of the family. Until Robyn joined the family, Meri Brown, Janelle Brown, and Christine Brown had a system. The wives all lived in one house. The wives all helped with each other’s children. Christine was the stay-at-home mom and cooked for everyone. Christine had homeschooled the children until they went to public school. However, Kody made such a difference between Robyn and the other wives that there has been contention ever since.

Sister Wives – Has Robyn Brown Got What She Asked For?

Some Sister Wives fans believe that Robyn got just what she wanted when the pandemic hit. Unfortunately, it seems that Robyn doesn’t know what to do with Kody now that he’s there all the time. Robyn says this isn’t what she signed up for but she was right with Kody going behind the other wives’ back and doing things from the time she and Kody started courting. Now Christine has left the family and moved away. Janelle and Kody are estranged because she won’t kick her boys out for him. Meri also revealed that she and Kody haven’t been intimate in over ten years which suggests that Kody’s treatment lead to the catfishing incident.

Does Robyn regret having so much time with Kody now that the other wives have been alienated? Perhaps Robyn should have been careful what she wished for because she may have got a lot more than she wanted.

Be sure to catch up on everything happening with Sister Wives right now. Come back here often for Sister Wives spoilers, news, and updates.

The Young and the Restless Spoilers: Sharon Should Worry About Rey – Chelsea’s Over Adam & Wants Rosales

The Bold and the Beautiful Spoilers: Brooke Now Has All The…

Bernice Emanuel Nov 25, 2022
The Young and The Restless

Bernice Emanuel Sep 19, 2022
The Bold and The Beautiful

The Bold and the Beautiful Spoilers: Taylor Makes Reasonable…