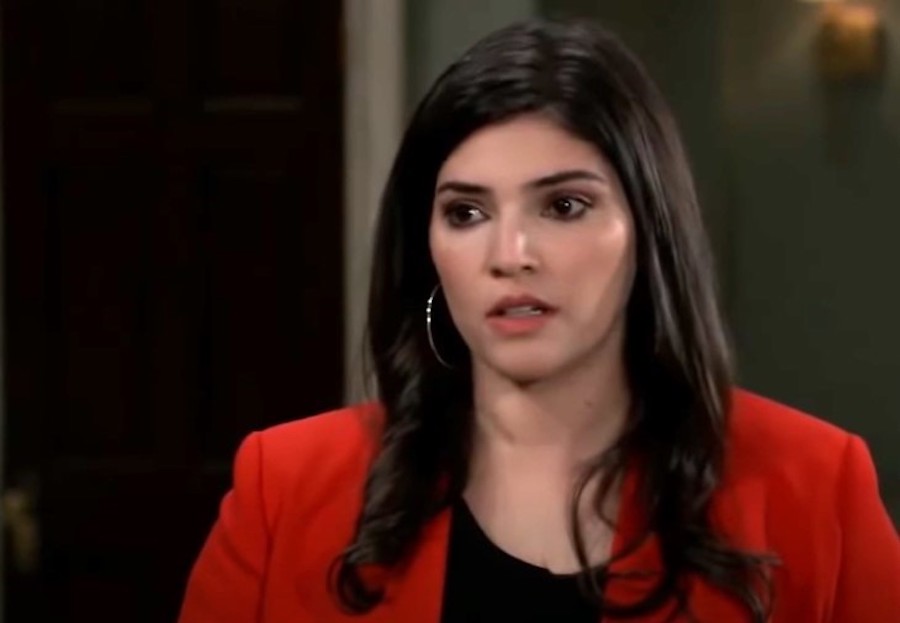 General Hospital spoilers say that this is a nightmare situation for any parent. That’s because Peter August (Wes Ramsey) will kidnap Bailey and go on the run, leaving Brook Lynn Quartermaine (Amanda Setton) absolutely devastated and distraught as the hunt for her daughter begins. Keep reading below for all of the spoilers you need to know.

When Brook Lynn discovers that her baby is gone, she goes into an emotional tailspin, needless to say. Speaking to Soap Opera Digest in a new interview, actress Amanda Setton, who plays Brook on  the hit ABC soap, puts it this way, “Brook Lynn absolutely panics and breaks down. She is in truly disbelief and wants to wake up from the nightmare.”

If that weren’t enough, Brook Lynn is also overwhelmed by guilt with everything that is going on. She blames herself because all she had to do was make sure that Bailey was kept safe at all times. The pain that she is feeling right now is palpable.

General Hospital spoilers say that things get worse when Brook Lynn has to break the news to the baby’s birth mother, Maxie Jones (Kirsten Storms). During their phone call, Brooke Lynn is “filled with same and world do anything to turn back time,” Amanda says of her character. “She feels wholly responsible and all she wants to do is fix it.”

However, the one silver lining that Amanda does get is the bittersweet silver lining is the support that she gets from Harrison Chase (Josh Swickard) is by Brook Lynn’s side and is giving her all of the emotional support that she obviously needs right now. That said though, in order to bring Bailey home, Brook Lynn might be forced to come clean about the child’s true identity. Amanda explains, “She wants to do anything she can to find her. She knows providing as much information as possible to the authorities may be the only way to do it.”

The Bold and the Beautiful Spoilers: Brooke Comes Clean To Ridge But Will it Be Enough To Save Their Marriage?

The Young and the Restless Spoilers: Victor Is Questioning Ashland’s Cancer Battle

The Young and the Restless Spoilers: Diane Makes A Huge…

Bernice Emanuel Oct 16, 2022
The Bold and The Beautiful

Bernice Emanuel Sep 23, 2022
The Young and The Restless

The Young and the Restless Spoilers: Fans Offer An…

Bernice Emanuel Sep 7, 2022
The Young and The Restless

The Young and the Restless Spoilers: Sally Is Pregnant…