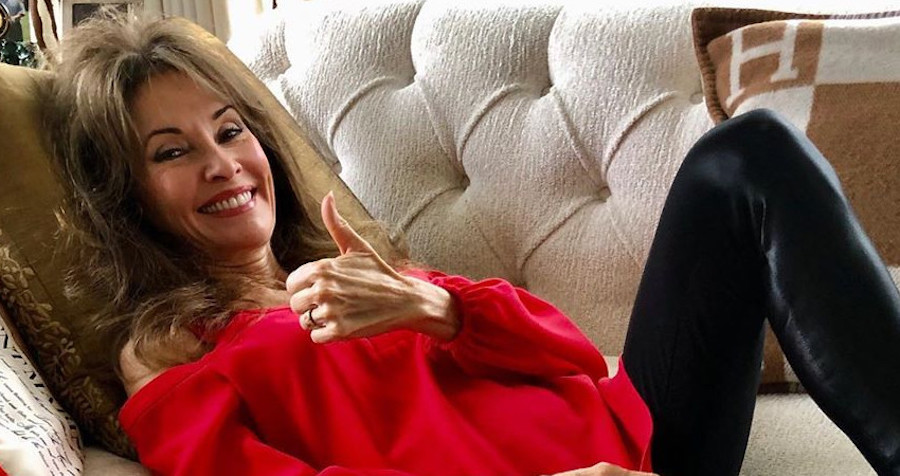 It looks like there’s more drama going on off-screen for some of our favorite soaps than there is on-screen these days. There’s a new report that says All My Children fans are going to have to wait a little bit longer before they get to see the spinoff series Pine Valley. In fact, Susan Lucci recently gave fans an update on the status of the show. Here’s what you need to know.

Lucci says that the holdup is because of the ongoing pandemic that has been COVID-19. She explained, “There has been movement. I wish it was a quicker movement, but yes, everything in terms of being in the right hands, as far as I know, would be in place.” However, she added, “COVID is in play again, and things are slowed down.”

Lucci also praised Leo Richardson, who will be directing Pine Valley. She also has nothing but positive things to say about him. “It’s really interesting, and the concept is so good. [It’s] in the right hands … [with] Kelly Ripa and her husband, Mark Consuelos, who are both so terrific. They would be executive producers, so I’m really hoping that this is going to actually go forward,” she said.

Back in 2019, it was reported that there had been talk about bringing back All My Children and One Life to Live on the canvas. Karey Burke, who is currently ABC’s entertainment president, recently hinted that there have been “conversations” going on about the soaps and what direction the network will soon take. More recently, she make comments during the Television Critics Association that indicated some changes are definitely going to be made.

When Will Pine Valley Debut?

While she says that there’s nothing to report as of press time, she did say that there’s a very good chance that we might see some of our favorite soaps back on the small screen in no time. Burke said, “We’re really looking at everything, which includes other models and ways of telling those stories.”

As many fans can remember, All My Children was “killed off” in 2011 with One Life to Live shortly thereafter. But as many daytime television fans even know, no one is really dead when it comes to the world of soaps, right? These shows might end up coming back from the dead just like so many of our beloved characters throughout the years.

Days of Our Lives Spoilers: Linsey Godfrey Opens Up About Returning To Salem

The Young and the Restless Spoilers: This Is The Reason Why…

Bernice Emanuel Aug 10, 2022
The Young and The Restless

Bernice Emanuel Dec 6, 2021
The Young and The Restless