Days of Our Lives Spoilers: Chloe Finds Out The Shocking Truth About Her Father 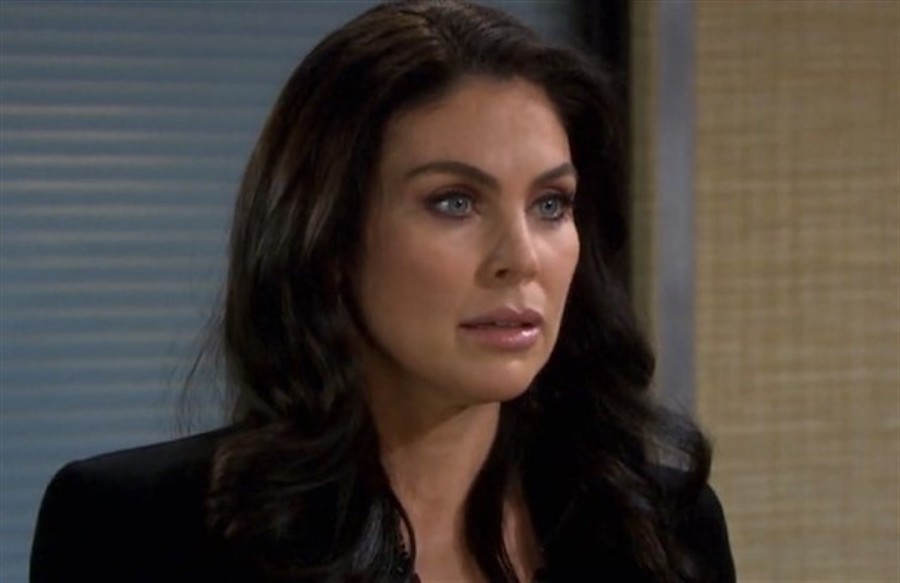 Days of Our Lives spoilers say that it’s not enough that Chloe Lane (Nadia Bjorlin) has to deal with all of the drama in her life, but it looks like she has to deal with the drama in her parents’ life, too. Her father Craig (Kevin Spirtas) has arrived in Salem to work on his marriage with Chloe’s mother Nancy (Patrika Darbo). However, it won’t be that easy for either party involved in this situation. Keep reading below for all of the spoilers you need to know.

Days of Our Lives Spoilers: Chloe Finds Out The Shocking Truth About Her Father

As many fans know by now, Nancy came back to Salem because she’s worried about the state of her marriage. She thinks that Craig is having an affair, although she doesn’t have any concrete evidence to back it up. However, Craig has followed her into town and is doing everything he can to put the fire out with the hopes that Nancy will come back and realize that everything is fine. Or at least, that’s what he believes on his end.

According to the latest edition of Soap Opera Digest, Craig is doing whatever he can to diffuse the situation. Kevin Spirtas, who plays Craig on the hit NBC soap, puts it this way, “He is watching Nancy implode and he says, ‘Nancy. There’s no other woman in my life but you.’ Craig is not a conniving bad boy anymore like he was when he first came to Salem.”

That said, Days of Our Lives spoilers say that Craig’s argument is persuasive enough that she forgives him and before they know it, they are back in the bedroom making up. Kevin further explains, “He’s laying there staring at the ceiling, and questioning himself, as well, like ‘How am I doing this?’ He wants to take care of her and comfort her.”

Days of Our Lives Spoilers: Kevin Is Caught

Days of Our Lives spoilers also tease that while at dinner with Chloe and Brady, Craig leaves to make a phone call. That’s when Chloe overhears him whispering sweet nothings to another woman. Clearly, he is caught. Kevin says, “Craig comes clean to her. He just can’t lie to this beautiful child. But what he tells her next is going to shock her world.”

The Young and the Restless Spoilers: Chloe Has Had Enough Of Chelsea And Sally’s Drama

The Young and the Restless Spoilers: Sally Refuses To Be Intimidated By Chelsea Newman

The Young and the Restless Spoilers: Fans Beg Writers…