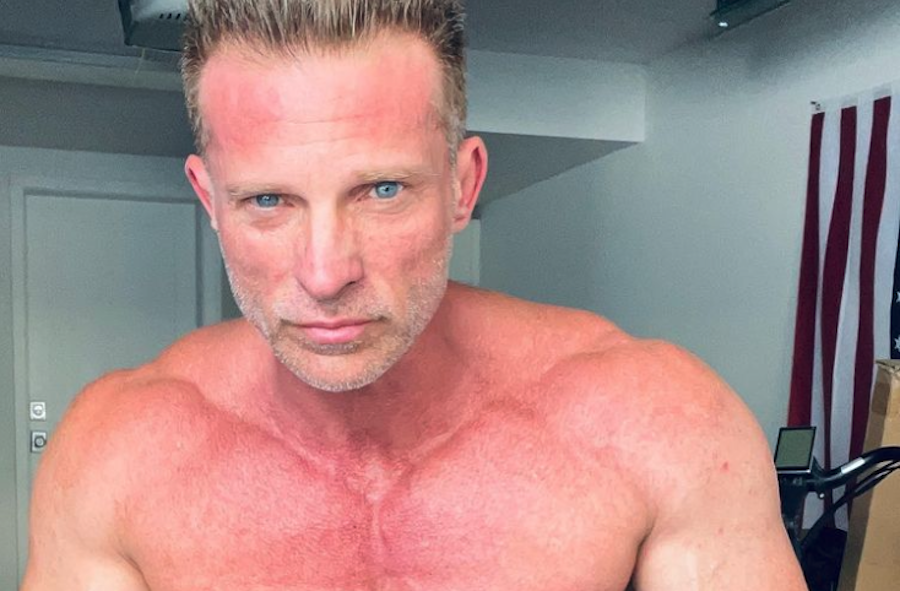 General Hospital star Steve Burton (ex-Jason Morgan) isn’t just waiting around on the couch waiting for his next opportunity to arise. Instead, he’s making the most of his time while he’s in between acting jobs. The daytime television star, who is best known for his role as Jason Morgan on the hit ABC soap, recently took to his Instagram account to update his fans on what he’s been up to lately. Here’s what you need to know.

For Steve, it’s been all about his family, eating the right food, and of course, his fitness. And that’s exactly what he’s been doing ever since he was forced out the door at General Hospital. As many fans know by now, both Steve and his former co-star Ingo Rademacher were both let go from the soap after they refused to comply with the ABC network’s vaccine mandate.

Steve also did what he does best, and that’s sharing a shirtless selfie on Instagram for his fans. He captioned it with, “Spent a lot of time in this garage the last 2 years. Going back to the basics has reignited my love for fitness, nutrition and mindset. Invest in you daily and watch the ROI. Game changer. Life changer. Let’s get it. Have a great day!”

Of course, it didn’t take long at all for his fans and followers to comment on his photo. Many of them said, “Miss you soo much on General Hospital ! The show is not the same with you not on it ! Hope you get to come back soon,” along with, “You look amazing I am so glad you’re doing what you want to do. I miss you on General Hospital but that rule sucks. Nutrition health in the way you workout rocks.”

Another fan wrote, “Wish you were still on GH. They sure do mention your name on GH since you’ve been gone. Hopefully the dust will settle and you will be back on General Hospital sooner rather than later. Fingers crossed.”

The Bold and the Beautiful Spoilers: Liam And Hope Determined To Find Out What Happened To Brooke On New Year’s Eve

Days of Our Lives Head Writer Ron Carlivati Explains Why So…

Bernice Emanuel Jul 2, 2022
The Young and The Restless

The Young and the Restless Spoilers: Is Sally Making The…

Days of Our Lives News: Stacy Haiduk Opens Up About Kristen…

The Bold and the Beautiful Spoilers: Quinn’s Reaction To…