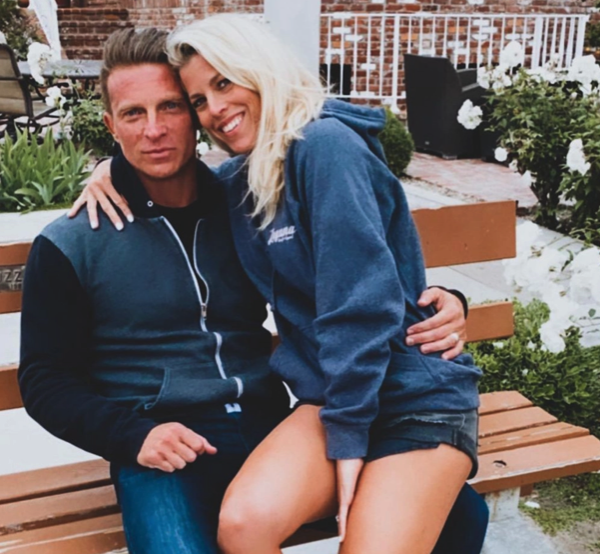 General Hospital alum Steve Burton’s divorce is set to become just as messy and maybe even more complicated than some of his soap opera storylines. That’s because there is a new report that says Steve, who was once best known for his role as Jason Morgan on the hit ABC soap, has filed for divorce from his wife, Sheree Burton. The two do not have a prenuptial agreement. Here’s what you need to know.

Back in May, Steve was forced to clarify a few things after his wife Sheree Burton had shared a photo of what looked like a baby bump on her Instagram account. She wrote, “Life is full of surprises.”

But because the baby is not his, Steve then quickly wrote on his own Instagram account, “I wanted to clear something up. Sheree and I are separated. She recently announced that she is expecting her 4th child. The child is not mine. We are still co-parenting our three beautiful kids. We would appreciate privacy at this time. Much luv, Steve.”

And now reports say that Steve has pulled the plug on their 23-year marriage. Documents filed in Orange County Superior Court, state that property acquired by Burton prior to the marriage and after the date of separation, which was March 1, to be his. “All property acquired by [Burton] during marriage by gift or inheritance” should also be considered solely his, per the docs.

The Bold and the Beautiful Spoilers: Is Taylor About To Start A New Romance With Deacon?

Bernice Emanuel Jan 22, 2022
The Young and The Restless

Bernice Emanuel Jan 11, 2022
The Young and The Restless