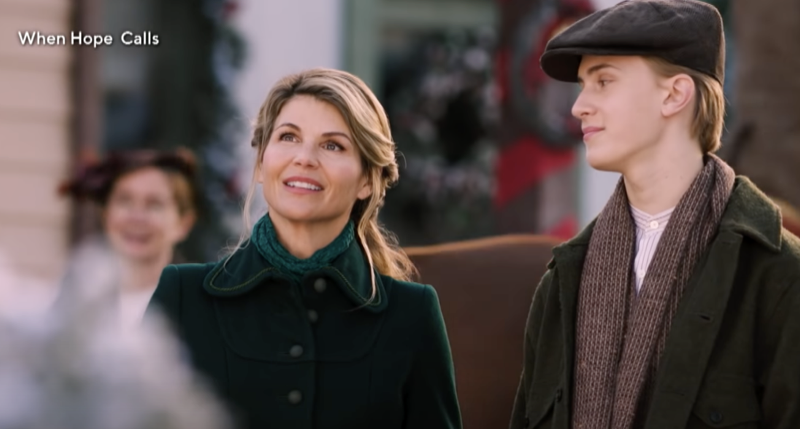 When Hope Calls is a spinoff of the popular Hallmark Channel show When Calls the Heart. Hearties have taken to the new series and many now also know themselves as “Hopefuls.” Meanwhile, the name is appropriate, as they have been hoping for a second season for almost two years.

For a while, the spinoff’s fate was unknown until Hallmark ultimately decided not to renew the show. At that stage, GAC Family stepped in and scooped up the rights. The new home decided to produce a second season, starting with a two-episode Christmas special, When Hope Calls: A Country Christmas.

Plot of When Hope Calls: A Country Christmas

Brookfield is picked as a potential No. 1 Christmas Town by a national magazine, reuniting the magazine’s photojournalist with Maggie (Hanneke Talbot), who was once a travel writer. Now, the town is doing its best to show the essence of Christmas for the writer. However, behind the scenes, the locals aren’t really in the spirit of the season.

Right in the middle of all this, a stagecoach arrives in town carrying Abigail Stanton (Lori Loughlin) and her son Cody (Carter Ryan). They have brought a troubled boy to Lillian’s (Morgan Kohan) orphanage. Meanwhile, Mountie Kinslow (Ryan-James Hatanaka) tries his best to help the boy, but to no avail.

However, when all hope is lost for a joyous Christmas, a secret Santa arrives to fulfill Christmas wishes, while Abigail has a profound conversation with a dear friend from the past.

A teaser trailer for When Hope Calls: A Country Christmas is included here:

Cast of When Hope Calls: A Country Christmas

The spinoff from the Hallmark Channel show, When Calls the Heart has a full star cast. Lillian Walsh plays Morgan Kohan. She is known for her appearances in Batwoman, Murdoch Mysteries, Star Trek: Discovery, Love on Harbor Island and A Whirlwind Wedding.  Ryan-James Hatanaka plays the role of Mountie Gabriel Kinslow. He has starred in Nurses, Joseph Pulitzer: Voice of the People, Simple Wedding and Chicago PD.

Wendy Crewson is in the role Tess Stewart and has starred in October Faction and Frankie Drake Mysteries. She has also had guest appearances on Titans and Superman and Lois. The role of Sam Tremblay is played by Sam Marshall Williams, who is renowned for his role in Glee, Amazing Winter Romance and Follow Me to Daisy Hills.

Kalinka Petrie plays Lucie Clay in When Hope Calls: A Country Christmas. She has previously starred in Letterkenny, The Bold Type and Killjoys. Meanwhile, Hanneke Talbot plays Maggie Parsons. She is known for her appearances in Supernatural, Star Trek: Discovery and Transplant.

The role of widower Joe Moody is played by Jefferson Brown, who has been seen in SurrealEstate, Spinning Out and Hudson & Rex. He has also appeared in Hallmark’s Good Witch, Snowed-Inn Christmas and Love on a Limb.  Neil Crone plays the role of Ronnie Stewart, Tess’s brother-in-law, who has guest-starred on Murdoch Mysteries, Good Witch and Republic of Doyle.

Both former When Calls the Heart stars, Lori Loughlin and Daniel Lissing, make guest appearances in When Hope Calls: A Country Christmas. Readers can see the full cast list on the official IMDb page.

Release date of When Hope Calls: A Country Christmas

Readers, are you looking forward to watching When Hope Calls: A Country Christmas? Let us know by dropping a comment below.

The Bold and the Beautiful Spoilers: Taylor Thinks Douglas Belongs With Thomas And She’s Not Wrong

The Bold and the Beautiful POLL: Should Thomas and Sheila…

The Bold and the Beautiful News: Katherine Kelly Lang Opens…