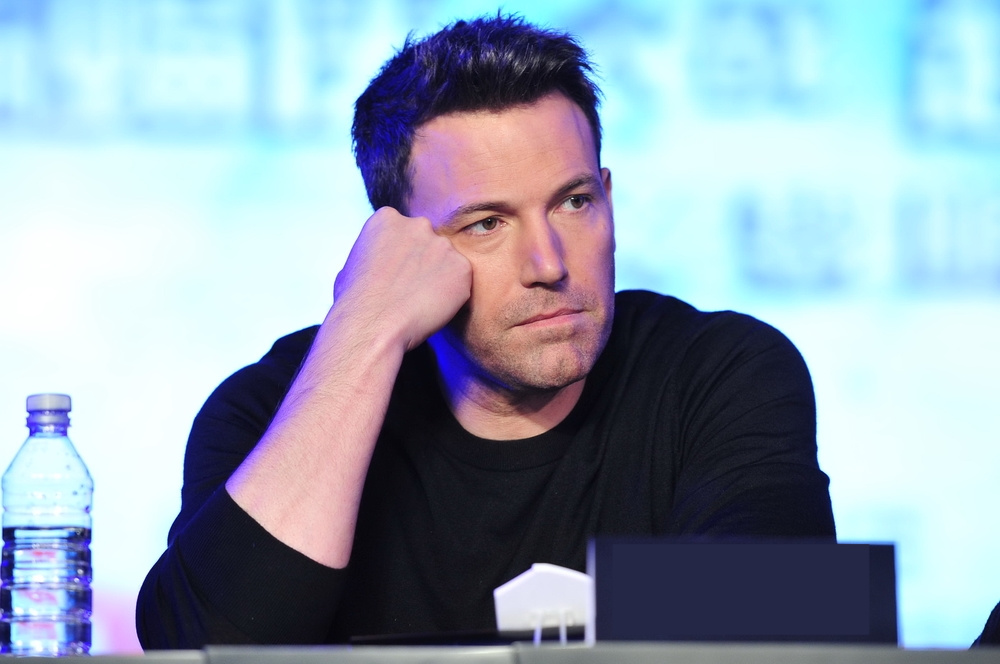 Hollywood bigshot Ben Affleck is getting slammed on social media for telling Howard Stern that he felt “trapped” being married to America’s sweetheart Jennifer Garner. In fact, he seems to blame his ex-wife for falling off the wagon and turning to booze, and said he only stayed with her as long as he did because of their kids.

Maybe he’s feeling bullet proof now that he’s rekindled his romance with Jennifer Lopez. Whatever the reason for his loose lips, fans aren’t having it.

In a recent interview with potty mouth Howard Stern, gentleman (not) Affleck talked about his well-publicized bouts with the bottle as well as his marriage to Garner.

According to him, if he were still married to the lovely and talented actress he predicts that they would be, “at each other’s throats,” and here’s the kicker, he thinks he’d still be a miserable alcoholic.

He went on say, “Part of why I started drinking was because I was trapped. I was like, ‘I can’t leave because of my kids, but I’m not happy, what do I do?’ And what I did was [I] drank a bottle of scotch and fell asleep on the couch, which turned out not to be the solution.”

Well at least he realizes his coping skills were problematic. Now he needs to go to sensitivity training.

For those unfamiliar with the tale of Ben ‘n Jen, vs. the story of Bennifer, Affleck was lucky to have been married to someone who didn’t kick his butt to the street, where he could have really gone off the deep end given the sad and sorry state he was in.

Instead, Garner stepped up to the plate big time by hauling him off to rehab in 2018. By that time she was free and clear of the lout, but still he did right by him.

And this is how he repays the favor that might have been a life-saving intervention.

When Ben’s comments hit the ground, fans dragged him like a dirty blanket. First off they slammed the shameless cad for basically calling her a witch who drove him to drink. Second, posters noted how she put up with his lousy arse while they were married, then intervened when no one else did.

Ben superciliously told Stern that he, “thought twice about getting back with,” J.Lo, “all because he feels his kids are his highest responsibility and was concerned about the inevitable headlines,” according to TMZ. If that’s true thank goodness he’s up to the task of being a good parent now, but where he was he when they were younger? Oh, that’s right, passed out on the couch.

Be sure to catch up on everything happening with Ben Affleck. Come back here often for Ben Affleck news and updates.

Sandra McIntyre Oct 13, 2021
The Young and The Restless

The Young and the Restless Spoilers: Susan Walters Kept This…

The Bold and the Beautiful Spoilers: Will Sheila Destroy…