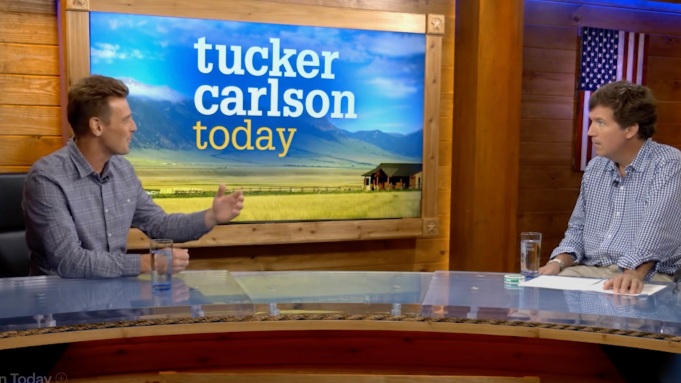 Former General Hospital star Ingo Rademacher (ex-Jasper Jacks) sure had a lot to say during his appearance on the Tucker Carlson Show. The soap star slammed his former conservative co-stars who were too scared to voice their opinions about the ABC network’s COVID-19 vaccine mandate, for fear that the show would have gotten canceled. Here’s what you need to know.

During his interview, Ingo said COVID-19 is like “a serious flu bug,” and suggested that vaccines don’t “do a good job at stopping the spread” of the coronavirus.

“To me, it’s staying healthy and dying healthy as well,” Ingo Rademacher said. “Being injected with something like this COVID vaccine – personally, I don’t think I need it, and I think I should be able to make that choice.”

He also said that the cast of General Hospital “kind of knew that the mandates were coming a few months ago because Disney had already started mandating for their theme park employees.”

“Let’s say everybody was standing up for me,” Ingo said, adding, “if we were all linking arms together and said, ‘We’re not taking this vaccine,’ Disney would have just canceled the show. That’s what I believe. We’re kind of that show over here on the side that has a slot. We’re always walking on thin ice.”

It’s been noted that according  to the Centers For Disease Control: “COVID-19 vaccines are effective at protecting people from COVID-19 and help keep adults and children from getting seriously sick. COVID-19 vaccines can reduce the risk of people spreading the virus that causes COVID-19. Getting everyone ages 5 years and older vaccinated can help the entire family, including siblings who are not eligible for vaccination and family members who may be at risk of getting very sick if they are infected.”

The Young and the Restless Star Melissa Claire Egan Opens Up About Chelsea’s Return – Does She Have A Chance With Adam?

British Royal News: The Windsors Reportedly Did Not Watch…