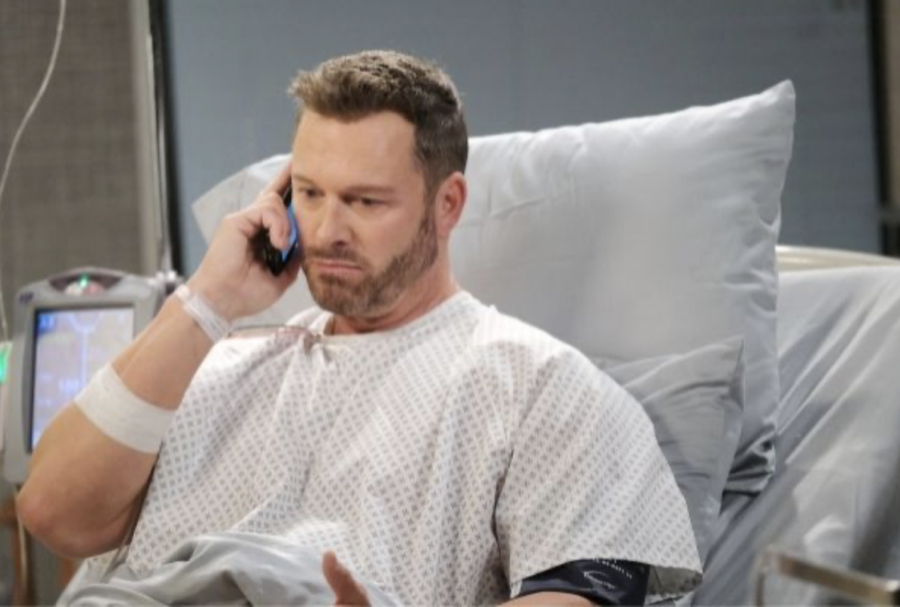 Days of Our Lives spoilers reveal that after Philip Kiriakis’ (Jay Kenneth Johnson) fake leg is found, Brady Black (Eric Martsolf) is arrested. DA Melinda Trask (Tina Huang) is out for revenge and Brady is guilty by association. So, when evidence starts to indicate Brady might be innocent, will Trask do the right thing, or could her vengeance get in the way of justice?

DOOL spoilers reveal that Philip has gone from a missing person who might be injured to being presumed dead. Unfortunately, all eyes are on Brady as he is blamed for attacking and killing his romantic competition. Both Kate Roberts (Lauren Koslow) and Lucas Horton (Bryan Dattilo) demand that Brady be arrested immediately. However, Rafe Hernandez (Galen Gering) claims that there isn’t enough evidence.

Despite Shawn Brady (Brandon Beemer) being told to haul Brady in by Trask, Belle Brady (Martha Madison) stepped in to say all the evidence is circumstantial. However, that all changes during the week of December 13 when Philip’s prosthetic leg is found.

Eli Grant (Lamon Archey) and Lani Price-Grant (Sal Stowers) are both pressured by Trask to make the arrest. Brady and Chloe Lane (Nadia Bjorlin) are found at the crime scene. Eli is forced to arrest Brady on the spot.

Days of Our Lives spoilers from the new issue of Soap Opera Digest reveal that Brady visiting the crime scene helps jog his memory. Brady doesn’t remember too much, but does have an “OMG” moment. It is teased that this is a giant puzzle piece that helps Brady understand what happened to a certain extent. However, proving it and getting the complete picture remains a challenge.

Days of Our Lives Spoilers: Past Interferes with Justice?

It is known that Kristen DiMera (Stacy Haiduk) killed Trask’s daughter, Haley Chen (Thia Megia). Trask has always wanted Kristen to pay for Haley’s death, even though it was ruled an accident. Martsolf hinted that Trask views Brady as “guilty by association.” Could this mean that Trask might ignore any evidence that could clear Brady’s name?

“The district attorney has it out for him going back to when her daughter was presumably pushed down the stairs by Kristen DiMera. Melinda still has that flaming torch for Kristen and Brady, a guilt-by-association thing. Brady’s concerned that this could be the final nail in his coffin, her ability to put him away for a long time.”

What do you think is going to happen to Brady once he is arrested? Will the truth about Philip’s alleged murder come out before it’s too late? Or will Brady end up going to prison for a crime he didn’t commit?

The Young and the Restless Spoilers: Are Sharon and Rey Meant to Survive or Split?