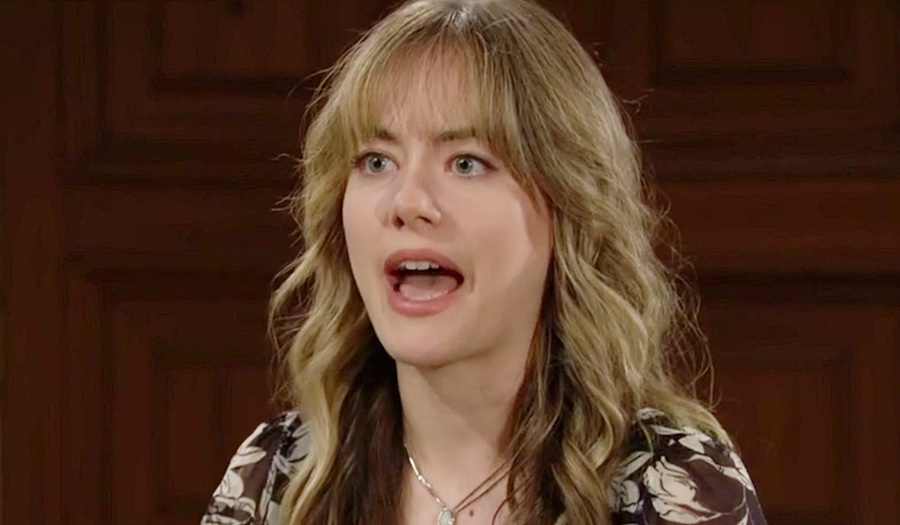 The Bold and the Beautiful spoilers say that Hope Logan’s (Annika Noelle) daddy issues are definitely coming out on the surface. But luckily, she can count on her mother Brooke Logan (Katherine Kelly Lang) to have her back when it comes to Deacon Sharpe (Sean Kanan). Clearly, both women want to keep him around in this fictional town of Los Angeles, even though there are some people who would love to see him gone – like Ridge Forrester (Thorsten Kaye). Here’s what you need to know.

The Bold and the Beautiful spoilers say that Deacon told Hope he thought he was doing her a favor by staying away from her all those years. He now regrets it and so does Hope, as she wishes she had her father nearby, especially during times in need. Unfortunately Ridge gets in the middle of things and throws Deacon out of the house. That’s when Brooke comes to his defense saying there’s a chance that Deacon might have changed and that he deserves a second chance. Or at least, that’s what she believes as Brooke too has some thoughts about what could have happened in the past. For Hope, this is a huge relief that Brooke is at least on her side when it comes to Deacon.

Of course, it didn’t take long at all for both fans and critics alike to weigh in on the matter. Many of them have taken to social media to express their dismay over the fact that the characters keep having “redundant conversations” about Deacon Hope and Sheila.

If that weren’t enough, another critic put it this way, “I really am confused by all of this…Hope had no Forrester shares, she has no money, she has no custody of Little Eric… she literally has nothing that Deacon could be playing her for besides her love and a relationship with her. Hope is a grown, 30-something year old woman, what the HECK does Ridge think she needs protection from her dad for??”

B&B Spoilers: What’s Next For Deacon?

In the meantime, let us know what you think by leaving us a line with your thoughts in our comments section below. The Bold and the Beautiful airs weekdays on the CBS network. Check your local listings for times.

The Bold and the Beautiful News: Denise Richards Remembers Her Mother On The Anniversary Of Her Passing

Taylor Hancen Rios Nov 21, 2021
The Young and The Restless