The Bold And The Beautiful Spoilers: Heartbroken Donna Tells Sisters Eric Banished Her 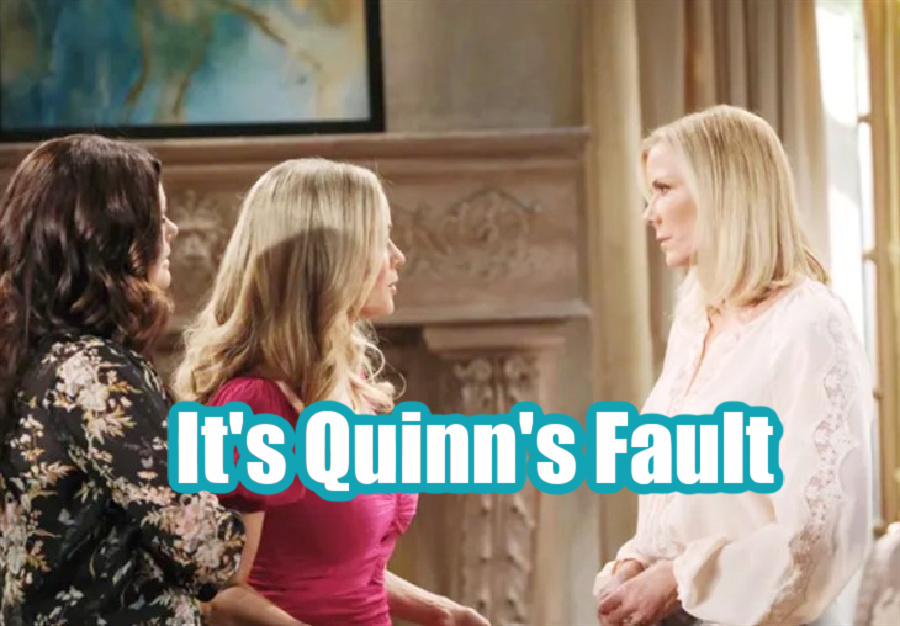 Viewers of The Bold and The Beautiful will have noted that Eric really looked like he didn’t have a choice when he tried to gently inform Donna of what he had to do. Eric didn’t want to hurt the sweet Donna, but at the same time he is still legally married to Quinn and he knew his feelings, which were mutual to Donna’s, were wrong. The only way he knew to put space between himself and Donna was to banish her from Forrester Creations and from his life – and made it pretty clear she was fired. Donna tried to hold back the tears as she informed him she’d be cleaning out her desk, although Eric looked like he regretted it as soon as he’d done it. Viewers of The Bold and The Beautiful know that it was more a case of being guilt tripped than giving in to Quinn’s demands, but she was right considering they are still married.

B&B Spoilers – Donna Logan Had Gotten Her Hopes Up

Eric started by telling her what had happened after he got home and Donna told him she knew that Quinn knew that he was turned on again by her, but not by Quinn. But what started out sounding like Eric wanted to reconcile with Donna turned out to be a permanent goodbye as he told her that while he cared about her, he could no longer be around her because of his moral standards! He knew he would be tempted to cheat on Quinn with Donna, and he didn’t want to do that!

Send some 💙 to Donna 😢 #BoldandBeautiful pic.twitter.com/9YG6ITfB6W

The Bold And The Beautiful Spoilers – Katie Logan Will Sympathize, Brooke Forrester Will Go On The Warpath

Viewers of The Bold and The Beautiful can expect that when Donna delivers the horrible news to Katie and Brooke, it will be outside the offices since she’s cleaned out her desk. Viewers of The Bold and The Beautiful can imagine Donna will be tearful as she tells them what happened, and Katie will be sympathetic while Brooke will go on the rampage! Brooke was none too happy to find out that Quinn was on the rampage against Donna in the office, and Donna was afraid of her!

Viewers of The Bold and The Beautiful know that Brooke won’t go after Eric, but she will go after Quinn – she is not afraid of her! Brooke may feel bold enough to address this with Eric as well, but she’ll go after Quinn first! To Eric, Brooke would want to know what Quinn threatened him with to make him go with such a destructive decision!

The Young and the Restless Spoilers: Week of November 8 Preview – Abby’s Trip to Solve Chance Mystery

Peacock Greenlights Days of Our Lives: A Very Salem…