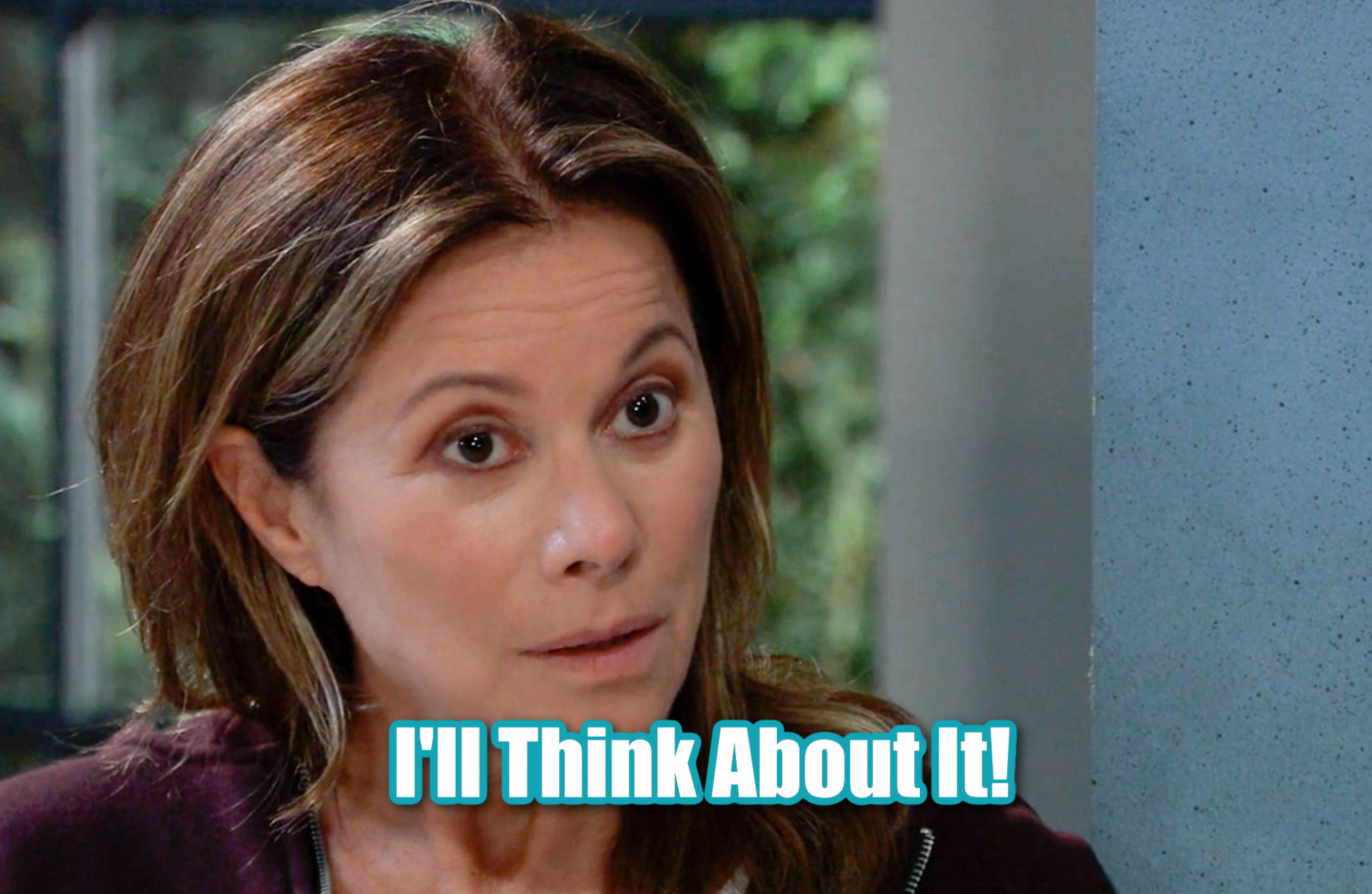 General Hospital spoilers for Wednesday, October 27 tease that Nikolas Cassadine (Marcus Coloma) will deliver some updates to his aunt Alexis as he pays her a visit at Spring Ridge. By Thursday, October 28 Alexis will face a big decision. Undoubtedly, he’ll update her on his son Spencer Cassadine’s (Nicholas Chavez) being bailed out by Dr. Kevin Collins (Jon Lindstrom).

General Hospital viewers will recall that Kevin’s deal with Spencer came with strings attached – he had to get a job! Spencer humbled himself and groveled to newly promoted assistant manager of Kelly’s, Cameron Webber (William Lipton) who hired him for his job – a server. This means Spencer will be taking orders as a waiter but also bussing tables as a busboy! Spencer will be trained in some customer service skills by his “townie” boss! General Hospital viewers will recall that Alexis already knows that Spencer turned out to be Ava Cassadine’s (Maura West) stalker!

General Hospital viewers will recall that Harmony already gave Alexis some good advice and a warning – about Spencer’s girlfriend Esme Prince (Avery Kristen Pohl). As Spencer’s other friends and his father and stepmother are learning, Esme is trouble! During the week of November 1-5 Harmony will have some more good advice for Alexis.

It looks like Alexis will be offered a deal for early release – and Harmony will tell her to take it! There could be some strings attached, as there always are when someone is released – checking in with a parole/probation officer weekly, for instance. But Alexis was a criminal justice attorney for many years, until she lost her law license. She will understand and comply with those restrictions. It will be worth it if it means she’ll be back in her own home and with friends and family, and indeed there are some General Hospital spoilers that indicate Alexis may be able to spend Thanksgiving with her loved ones.

Other General Hospital spoilers for the week of November 1-5 show that Alexis will give Spencer some advice – the same week as Esme starts her internship at Spring Ridge! Harmony’s advice for Alexis to take a deal may very well be related to Esme’s hiring there, and Alexis’ advice to her grandnephew may also relate to Esme! General Hospital viewers know that Harmony’s got Esme pretty well figured out, and then there’s that obsession Esme seems to have with Ryan Chamberlain (Jon Lindstrom).

Even Ryan seemed to be nervous around Esme when she buttonholed him with several questions after coming with Spencer to see Alexis, then excusing herself to go to the restroom. Instead, as viewers will recall, she went to see Ryan! This was when she had expressed an interest in an internship at Spring Ridge and Harmony noted she was trouble – Ryan blinked GO GO GO GO, but it was difficult to tell if he meant he wanted Esme to leave or if he was telling Esme to go for the internship!

The Bold and the Beautiful Spoilers: Brooke Gives In, Supports Hope and Deacon Reconnecting

The Bold and the Beautiful Spoilers: Brooke And Deacon Are…

Bernice Emanuel Nov 24, 2021
The Bold and The Beautiful