The Bold and the Beautiful Spoilers: Quinn Loses Her Mind, Reverts To Form When She Finds Herself With Nobody 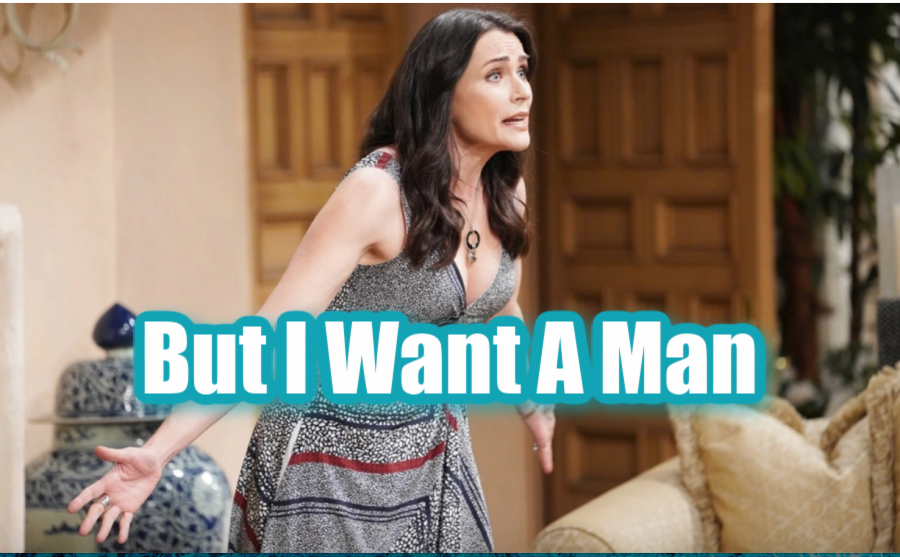 The Bold and the Beautiful (B&B) spoilers reveal in Los Angeles Eric Forrester inching closer to reuniting with Donna Logan, which will surely leave Quinn Fuller in shock and in the dust. But it may get even worse for her.

The Bold and the Beautiful Spoilers: A Quinn Problem

It seems clear now that Eric’s (John McCook) inability to perform in bed with his wife was because it was his wife he was trying to perform with. One lick of honey off Donna’s (Jennifer Gareis) fingers and all is well with Eric’s little friend again, which might make Eric decide he is better off with Donna after all. Brooke’s (Katherine Kelly Lang) persuasions for him to just flat out dump Quinn might also throw him over the edge and willing to just give up on his marriage.

This comes right after Quinn just refused to up and run away with Carter Walton (Lawrence Saint-Victor), citing her love for Eric and how she’s determined to make her marriage work. What happens when Eric dumps her for Donna? Well, Quinn is predictable and she’ll go running right back to Carter?

What Will Carter (And Quinn) Be Up To?

However, it seems Carter has made a new friend in Katie Logan (Heather Tom. For some reason, Carter can’t seem to resist a woman at a crossroads in their love life. By the time Quinn begs for Carter to take her back, he and Katie might be an item, leaving Dollar Bill (Don Diamont) out in the cold to stew and Quinn all alone and furious.

And we all know what Quinn does when she gets furious. She can even give Sheila Carter (Kimberlin Brown) a run for her money in that department. Sure, she has tried to be good for nearly six years now, ever since she married Eric and he accepted her for who she was. But when Quinn is wronged, she is bound to just do something very wrong and revert to form.

Will Quinn be on the warpath if she ends up all alone after having two men wanting her just recently? Could she end up causing trouble with Bill? Maybe she’ll even partner with Deacon Sharpe (Sean Kanan). Anything can happen once Quinn is free of Eric and out for revenge. Stay tuned to The Bold and the Beautiful weekdays to see how these stories play out.

Days of Our Lives (DOOL) Spoilers: John Saves Julie, Who Will Save John?

General Hospital News: Here’s Why Fans Are Criticizing The…

Bernice Emanuel Feb 4, 2023
The Young and The Restless