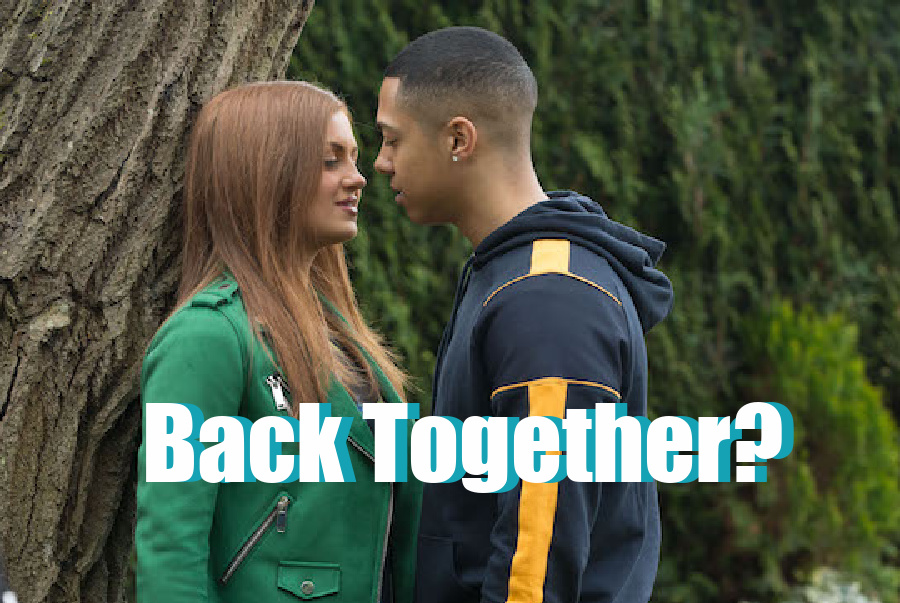 EastEnders spoilers hint that Tiffany (Maisie Smith) and Keegan Butcher-Baker (Zack Morris) may reunite right before the upcoming exit of the Tiffany Actor, Maisie Smith. The couple recently hit a roadblock that broke them up this is when Tiffany learned about Keegan having a one night stand with her cousin, Dotty Cotton this summer. Tiffany will be getting a new love interest when Aaron Monroe (Charlie Wernham) comes to the square. However, it seems that their date will not go as plans as Keegan will be working at the club that they are at. Tiffany tries to make a quick exit as she notices this. Keegan goes after her and this ends with him giving her a piggyback ride all the way to Tiffany’s home.

Liam sees Keegan giving Tiffany a piggyback ride home. He confronts him and tells him to stay away from Tiffany. Tiffany does not say much but as they part from each other, the two share a glance. Liam tries to convince Tiffany to try again with Aaron when Aaron comes over the next day. However, Tiffany is not really up to it as she no longer is interested. Iqra Ahmed (Priya Davdra) is watching the conversation that is happening between the two from afar. She decides to go up to Tiffany and let her know that what Liam thinks about Keegan is not really the case. Keegan faces some trouble as the police do a search at the club. He has to vouch for Dotty Cotton (Milly Zero) when she tells him about how her mom has caused more trouble for her.

Dotty’s mom came to the Square for a moment and then stole money from her daughter, Dotty. Dotty had offered to use the money to take her to a detox. After Tiffany had a conversation with Iqra, Tiffany heads to the club with plans to reunite with Keegan. Once she sees him talking with Dotty, Tiffany leaves before anyone can see her. Maisie Smith will be leaving the role of Tiffany in order to pursue other opportunitues.
“It’s time to say farewell to Tiff,” Smith said in an interview that happened earlier this month. “I’ve grown up on EastEnders since 2008, and have learnt from the best over the past 13 years. I’m very excited for my next challenge and thank the BBC for the opportunity they gave me as a 6-year-old.”

Be sure to catch up on everything happening with EE right now. Come back here often for Eastenders spoilers, news, and updates.

Days of Our Lives Spoilers: Here’s Your First Look At Kristian Alfonso’s Return!

The Bold and the Beautiful Spoilers: Ridge Feels Betrayed…