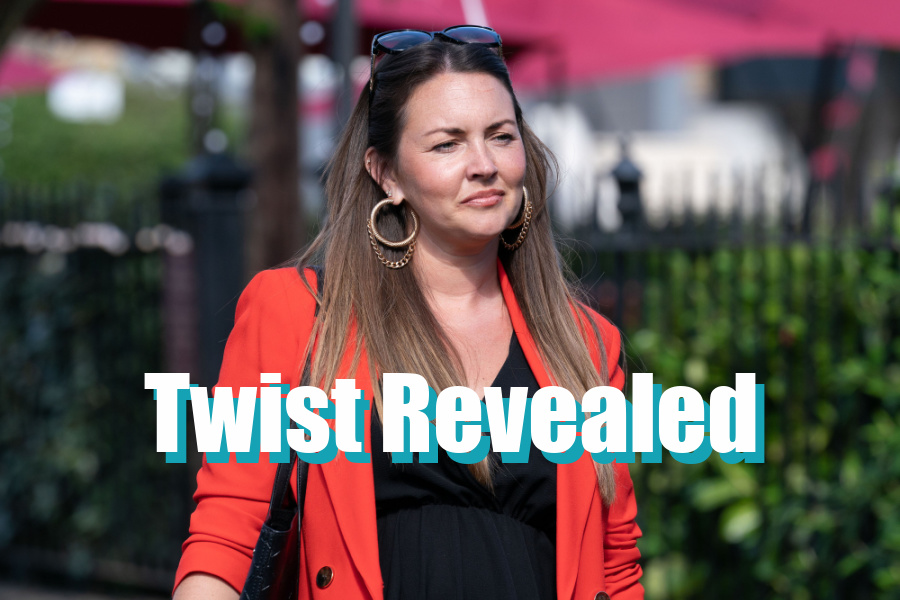 EastEnders Spoilers hint that Stacey Slater (Lacey Turner) is coming back to the square next week and will be revealing a secret as well. Stacey Slater news will go on to leave Martin Fowler (James Bye), who discovers that he still has feelings for her, shocked. In an interview, Lacey Turner gives information on Stacey’s return and her new storyline.

When asked about her return to the show, she stated, “It’s so great to be back, it’s always lovely to come back and see everyone and catch up with what’s been happening. It’s like coming home for me so it’s always very exciting.”

As viewers know, Ruby Allen (Louisa Lytton) was framed by Jean Slater (Gillian Wright) as payback for what she did to Stacey. She was asked about if Stacey would be happy about what happened to Ruby. “Yes, I’m sure she is although I think she will always be looking over for her shoulder waiting for her to come back to Albert Square to get revenge when she gets out.”

We do not know what the news Stacey will be bringing with her but it seems like it will be something big, “I thought it was great. It’s very Stacey; it’s juicy and will be shocking for her family and audiences alike. I can’t wait to see it play out on air! It was a very fun storyline to come back to and sink my teeth into.”

Martin will soon tell Stacey about how he feels. When asked if this was a shock for Stacey, Lacey stated, “Yes, I think that would have been a huge shock for Stacey. There’s obviously this big history between them but with everything that happened with Ruby, I really don’t think she was expecting that.”

“I think they will always have something between them but there’s a lot of damage done and it would take a lot to get over that but who knows. They definitely have a hold over each other so will see how it plays out. Stacey is feeling very hurt by Martin at the moment after everything that happened with Ruby.”

Kheerat and Stacey will be sharing some scenes together and it seems that the two could have an upcoming romance. “There is definitely something between them. It’s a strange one because you would never put them as a match but they had a one night stand a long time ago and I think there are some feelings that are still lingering. It will be interesting to see what happens! There is a bit of a war between the Slaters and the Panesars at the moment though so that will definitely make things a bit complicated. I don’t think his mum is Stacey’s biggest fan!”

Although she wants to change her ways, it won’t take her long to get into trouble by breaking into the Panesars’ place. “She really wants to get her life on track for her mum and for her kids but she is just so angry about the way Suki is treating her family! I mean she is leaving her children with no hot water, it’s ridiculous. Nothing gets Stacey more riled up than when people mess with her family, so she’ll do what she needs to do.”

Eve will be arriving right behind Stacey, “Eve and Stacey became really close in prison, they shared a cell and came to know everything about each other. Eve is quite hot-headed but they get along like a house on fire. She made Stacey’s time in prison a lot more bearable.”

Be sure to catch up on everything happening with Eastenders right now. Come back here often for Eastenders spoilers, news, and updates.

The Bold and The Beautiful Comings and Goings: Alley Mills and Her Lemon Bars Return To B&B

The Bold and the Beautiful Spoilers: Krista Allen Isn’t…

Bernice Emanuel Jan 30, 2023
The Young and The Restless

The Young and the Restless Spoilers: Summer Goes Head To…