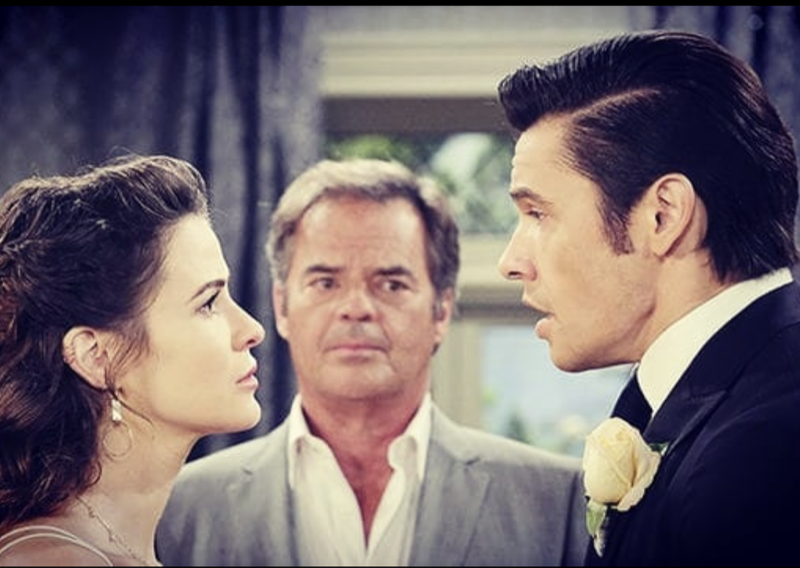 Days of Our Lives (DOOL) spoilers reveal Xander (Paul Telfer) and Gwen (Emily O’Brien) growing closer together while we all know that Sarah Horton (Linsey Godfrey) is still out there somewhere thanks to Kristen DiMera (Stacy Haiduk). Xander still has no idea she was kidnapped and really did want to marry him. So, what happens when Sarah returns.

Days of Our Lives Spoilers: Is A New Salem Triangle On The Way?

Actor Paul Telfer would certainly like to see something shake up Xander and Gwen’s new romance that took them from frenemies with benefits to people who truly do have feelings for one another. And he would also certainly like to see Linsey Godfrey return to the role of Sarah after leaving the show nearly a year ago.

“Sarah can return to the show and not necessarily return to Xander straight away,” Paul Telfer said in an interview with Soap Hub. “I would just love Linsey to be back on the show. However that would transpire, you can see all the ways it could play out. Who knows what’s happened to Sarah off on this island? Maybe she’s toughened up. I don’t know if you’ve seen Linsey lately, but she looks like a total badass. She’s been hitting the weights. You can imagine Sarah climbing palm trees and digging trenches, while she’s been off on this desert island trying to survive.”

What Would Sarah Do When She Returns?

Telfer can also see Sarah not being happy with Xander at all. Why didn’t he even bother looking for her and fighting for her? While he doesn’t know what really happened, maybe he did give up just a little too soon.

“Sarah’s never been above torturing Xander,” Telfer said. “She did it with Brady when she pretended to be having a relationship with him. She’s not above lashing out at someone. That could massively intensify if she’s just been through a really extreme experience like being kidnapped and everything else that’s happened. Plus, there would be this mutual revenge toward Kristen for what she did. There’s just so much there to play out.”

If and when Sarah does return, will Xander be so deeply in love with Gwen that he doesn’t care? Or will he truly be torn? As Xander admitted last week, Sarah truly is the first woman he ever truly loved. Stay tuned to Days of Our Lives weekdays to see how this story plays out.

The Young and the Restless Star Joshua Morrow Loves The…

Bernice Emanuel Nov 23, 2022
The Young and The Restless

The Young and the Restless News: Here’s What Rory Gibson…

Days Of Our Lives Spoilers: Brandon Barash Says Good-Bye To…