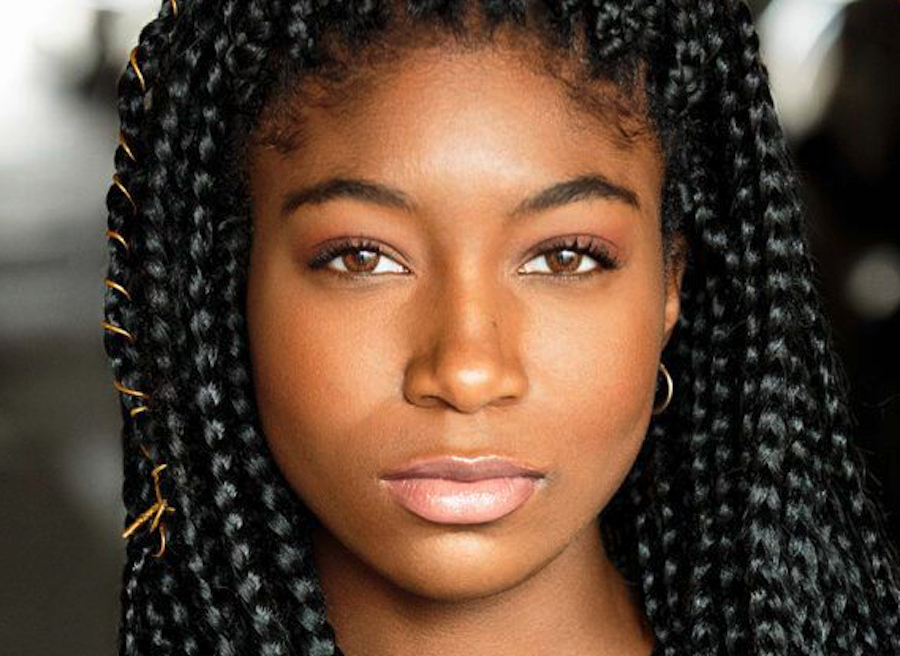 While it’s never easy trying to fill in for someone else’s shoes, it looks like Tabyana Ali is doing a stellar job of it as the new Trina Robinson on General Hospital. In fact, the talented actress recently opened up to Soap Opera Digest about her character and what’s next for her. Here’s what she has to say!

General Hospital spoilers say that things haven’t been easy for Trina lately, as she’s been doing everything she can to clear her name. While Spencer at first thought she was guilty of releasing the sex tape, he’s now doing everything he can to prove her innocence. However, Trina doesn’t know this. Tabyana explained to the publication, “She definitely feels like this is a person who is supposed to be there for her — and he’s not. She wants Spencer to be there for her while she is going through this, but she’s hurt by everything else that he’s done to her. So it’s a bit confusing for her and it’s kind of affecting her relationship with everyone else. With everything she’s going through, she doesn’t want other people’s lives to get messed up.”

What’s more, Tabyana also admitted that her character is finding herself in the middle of quite a love triangle between Rory and Spencer. She said, “I guess it’s like, it’s really giving me my Bella [Twilight] moment! There is this bad boy — and I think we’ve all been there before — and then there’s Rory, who’s very well-educated, very intelligent, follows the rules just like Trina. He is more of the type that should be with Trina rather than Spencer, but I think Trina is just going to have that longing for Spencer. There is something about him that she is really just intoxicated by, you know? And he’s intoxicated by her. So I think it’s an interesting thing to see these very polar opposite guys try to get with Trina.”

Tabyana also said that she absolutely loves working with Michael Blake Kruse, who plays Rory on the show. “Michael is an amazing co-star. He’s very down-to-earth, very grounded, and he’s a very gentle person, which I really appreciate. We’ve gotten to speak about family and work life and our lives and I’ve gotten to know him a little bit more, and we can definitely relate on some things when it comes to our families and how we work. He’s a great person, super-nice and very genuine,” she explained.

British Royal News: This Is The Reason Why Queen Elizabeth Is Missing Her Platinum Jubilee Thanksgiving Service

Days of Our Lives Comings And Goings: Fans Are Excited About…