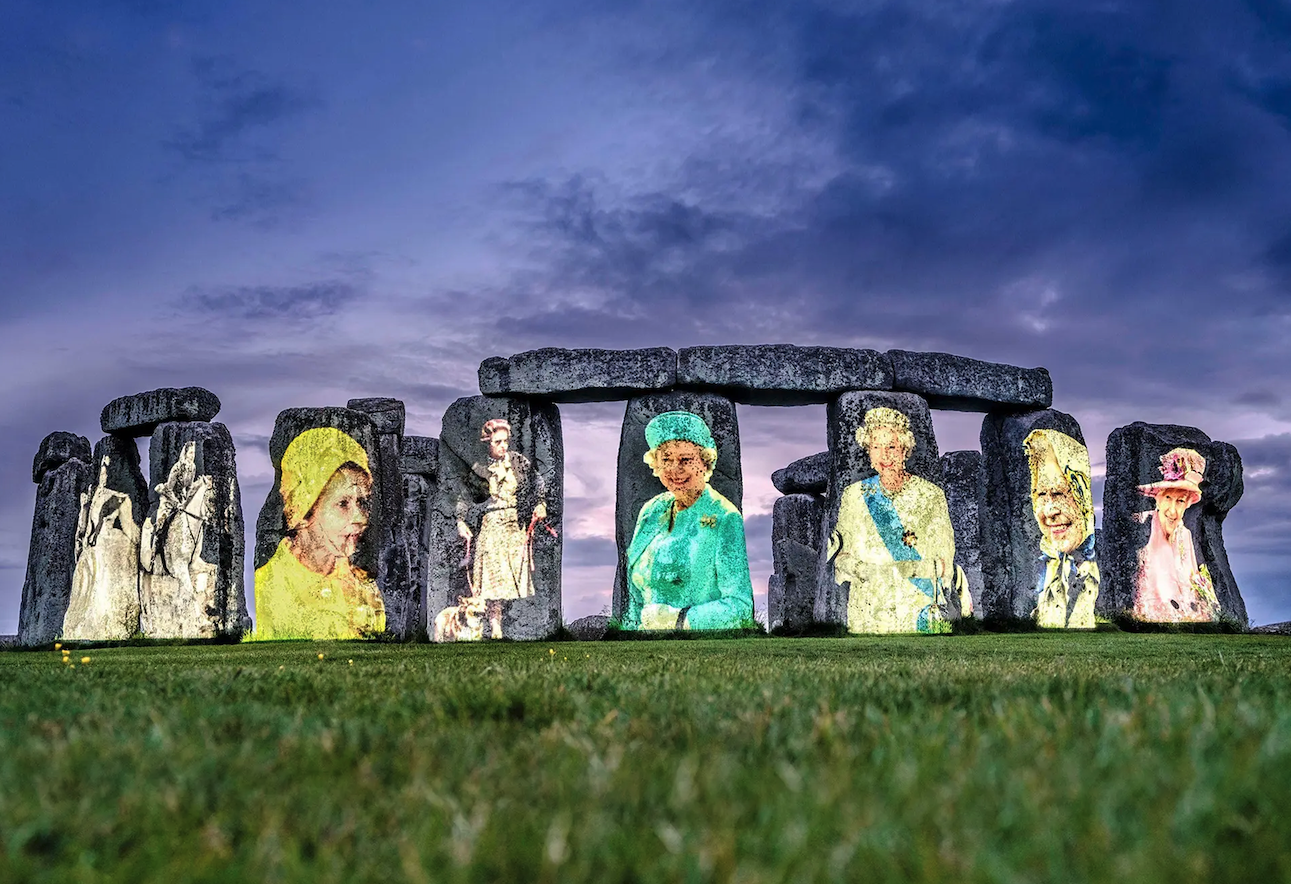 It looks like no matter where you go in Britain this week, you’ll see images of Queen Elizabeth popping up everywhere and even at Stonehenge! That’s right, the queen was honored by the historic landmark when portraits of her were projected on the stones ahead of the Platinum Jubilee. However, not everyone seems to be a fan of this aidea. Here’s what you need to know.

“We’ve brought two British icons together to mark the #PlatinumJubilee! We’ve projected eight portraits of Queen Elizabeth II onto Stonehenge,” English Heritage, which cares for the historic landmark, said in a statement on Twitter.

They added: “Each picture is from a different decade of The Queen’s reign.”

Of course, it didn’t take very long for royal critics to weigh in on the matter on social media. Many of them wrote comments such as, “Tacky, yes. I don’t know about offensive. It wouldn’t be the first time Stonehenge has been used in a tacky way. From the response on Twitter to that plus what’s apparently a bunch of schools asking kids to dress up like members of the royal family, it seems like the Jubilee is getting on some people’s nerves, though? Which I can understand, especially for people who are small are republicans or who aren’t English,” along with, “Definitely tacky. Like, offensively tacky, as in Kate’s Kiss of the Spider Woman outfit for Philip’s funeral service tacky. My god, the amount of money and resources being wasted for this stupid Jubbly – you’d think The BRF could read the room, pare down the extravagances, and maybe use that money for the public good? #AbolishTheMonarchy.”

Another critic wrote, “Beyond issues of tacky/offensive, it opened her up to a lot of ridicule. So just a bad call all around. This is a wonder that was made by an ancient culture that was replaced by patriarchy and Christianity. The monarchy has no place flashing their faces on monuments they can take no credit in creating. I’ve been to Stonehenge and was really taken by the powerful energy I felt there.”

Days of Our Lives Spoilers: Belle Pulls The Plug On Her Relationship With Shawn

The Young and the Restless Spoilers: Susan Walters Says Her…