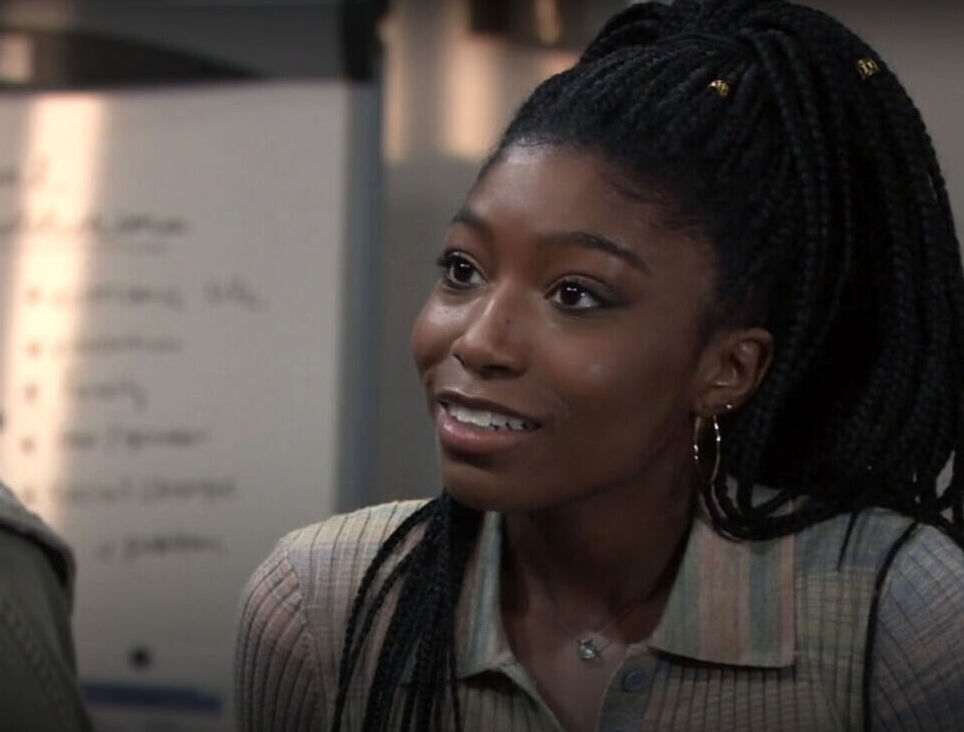 General Hospital spoilers say that things certainly haven’t been easy for Trina Robinson lately, especially with Esme setting her up and breathing down her beck. Trina decides to visit the gallery to vent out her frustrations with Ava Jerome (Maura West), as she can’t prove that Esme had set her up with Joss and Cameron’s illicit sex tape. Here’s what you need to know.

According to the latest edition of Soap Opera Digest, Trina is at her wit’s end. Speaking to the publication in a new interview, actress Tabyana Ali says that her character feels as though time is running out for her. She said, “Trina feels like she’s in quicksand. As much as it means to Trina to have so much support around her, she needs proof, she needs evidence. She needs a way to find out that Esme did this.”

General Hospital spoilers say that Ava comes up with a plan that might get under Esme’s skin if it works. It might also cause her to trip and confess the truth. Tabyana continues, “Ava tells Trina to almost play with Spencer, flirt with him a bit. But Trina feels like going after Esme’s boyfriend could wind up making her look bad.”

What’s more, Trina then remembers that she might have been with Spencer at the cemetery by sharing with Ava that she is sitting on some information that could help her case. But at the same time, she doesn’t want to hurt someone that she cares about.

Tabyana continued, “Even if Trina doesn’t want to admit it, she had feelings for Spencer. She cares for him a lot. It’s hard for her to pick herself over him. If I was her, I’d use that information, honestly. I ain’t going to jail! She feels a dilemma about using that information, but I hope she does. She needs to show that respect for herself.”

The Young and the Restless Spoilers: Sharon Comes Home To Drama After Attending Rey’s Funeral In Miami

Days of Our Lives Spoilers: James Read Says He’s Nothing Like His Alter Ego Clyde Weston

Bernice Emanuel Apr 17, 2022
The Young and The Restless