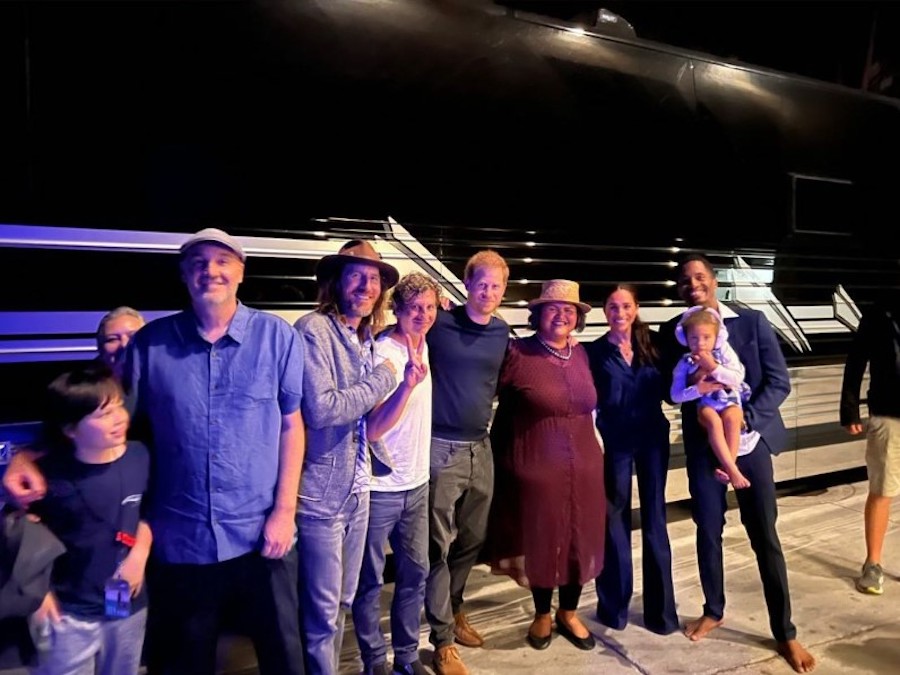 British Royal News says that these two are in love and they certainly aren’t afraid to show it. There are new reports that say Prince Harry and Meghan Markle packed on the PDA at a Jack Johnson concert at the Santa Barbara Bowl this past week. Here’s what you need to know.

According to TMZ, the Duke and Duchess of Sussex got a little up close and personal (and that’s certainly not a bad thing) in a private section of the outdoor concert venue. It’s also been noted that the couple did not arrive at the concert together. Meghan got there at about 8pm while Prince Harry showed up an hour later. Either way, it looks like the royal couple certainly enjoyed their night out without the kids!

One source close to the situation says, “A lot of conversations are happening. I hear that Harry and Meghan want the series to be held until next year, they want to stall. I wonder if the show could even be dead in the water at this point, do Harry and Meghan just want to shelve this thing?”

Another Netflix insider says, “Netflix has been keen to have the show ready to stream for December. There’s a lot of pressure on (Netflix CEO) Ted Sarandos, who has the relationship with Harry and Meghan, to get this show finished.”

So far Prince Harry and Meghan Markle have not made any comments about their Netflix reality show or when it will debut for that matter. We will definitely update you with all of the latest details as they come in. Watch this space!

The Bold and the Beautiful Spoilers: It’s Completely Over Between Brooke And Ridge

Bernice Emanuel Aug 6, 2022
The Young and The Restless

The Young and the Restless Spoilers and Rumors: Dylan McAvoy…

General Hospital Spoilers: Tabyana Ali Opens Up About Her…