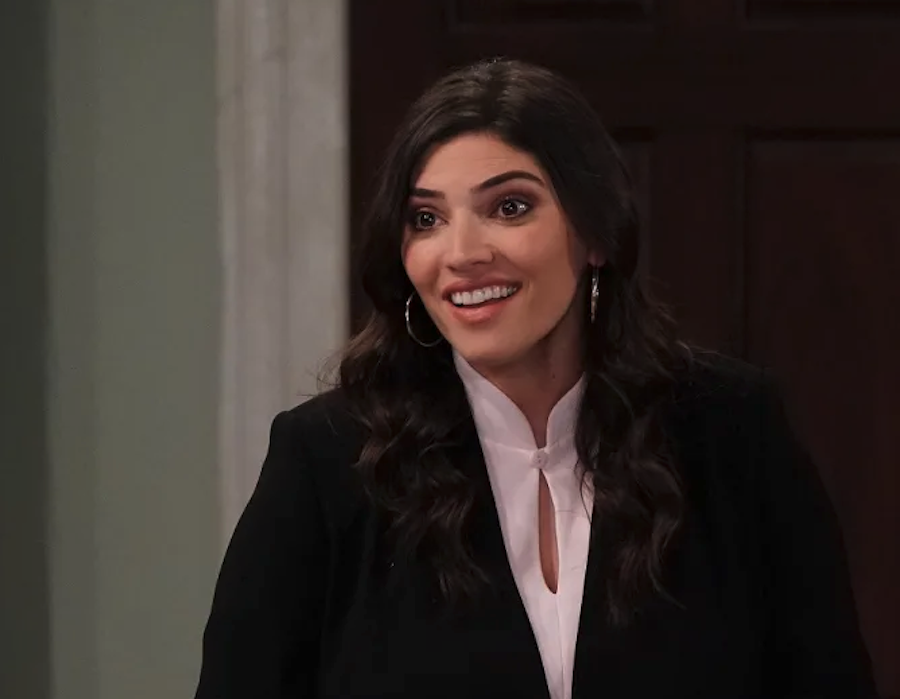 General Hospital spoilers say that the Brook Lynn Quartermaine (Amanda Setton) that we see now certainly isn’t the same Brook Lynn that we’ve seen before. In fact her portrayer Amanda Setton recently opened up to Soap Opera Digest about how motherhood has brought out the best in her character. Here’s what she has to say!

Speaking to the publication in a new interview Amanda said that Brook Lynn becoming a mother has helped her get closer to her own father and step mom. She put it this way, “I love Lisa [LoCicero, Olivia] to death — love her, respect her. She is a beautiful, exquisite force on screen and I just adore her and love working with her, and have from literally the moment I set foot on the show. I think that now, Brook Lynn connects to her as a mother.”

She added, “This whole mother storyline has completely changed Brook Lynn. I think she is now being viewed in a different way by others and she has gotten to see herself in a different light. It’s softened her. I think as a result, Olivia has come to see Brook Lynn as this maternal figure, in a light I don’t think she ever expected, and I think also, Brook Lynn and her father are so close, and to see him so happy with her and knowing that they’re in a good place genuinely brings Brook Lynn so much joy and peace. But Brook Lynn is still a spitfire! She’s still feisty.”

General Hospital Spoilers: Brook Lynn Has Nothing Else To Lose Right Now

Amanda was also asked if her character has been trying to distract herself from losing Bailey by putting in more work at Deception. She said, “It’s really all she has. She’s not in the beach house anymore, and she’s without Chase and Bailey. So, her job is her world.”

Now, as far as what’s next for Brook Lynn, fans will simply have to tune in to General Hospital each and every day to find out! Until then, let us know what you think by leaving us a line with your thoughts in our comments section below. General Hospital airs weekdays on the ABC network. Check your local listings for times.

The Bold and The Beautiful Spoilers Next 2 Weeks: Fantasies,…