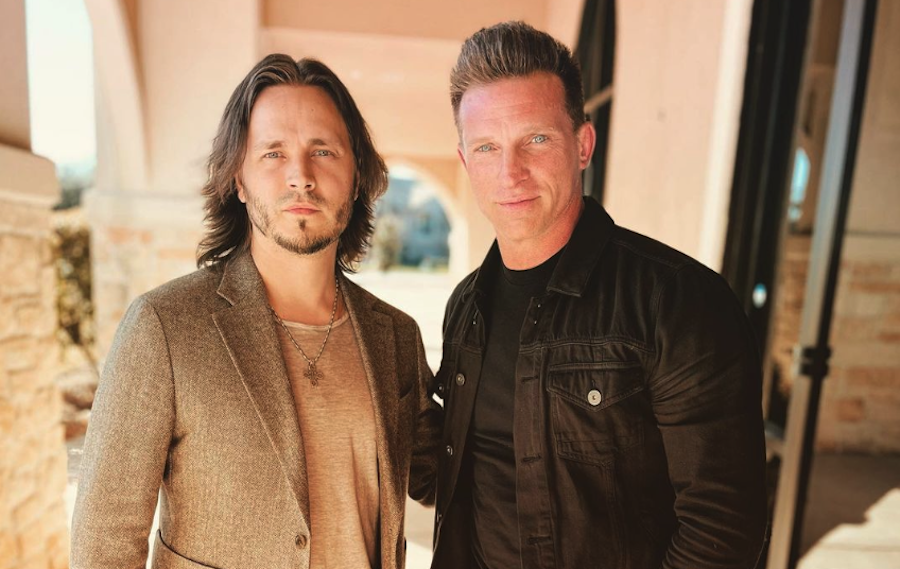 General Hospital spoilers say that they might no longer be on the canvas, but that’s not stopping Steve Burton and Jonathan Jackson from having a very special reunion! Steve shared a photo of the two catching up and reminiscing about good times on his Instagram account. Here’s what you need to know.

Steve, who is best known for his role as Jason Morgan and Jonathan, who was best known as Lucky Spencer, delighted fans with their social media photo. Cearly, the two are as popular as they ever were before. A lot of Steve’s Instagram fans said in the comments section that they would love to see both men back in their roles on General Hospital. Of course, Steve was forced to leave the show because he refused to comply with the ABC network’s vaccine mandate.

While Jonathan might have recently moved to Ireland with his wife, Lisa Vultaggio, he says that he would still be open to return to Los Angeles, should to producers of General Hospital want him back. He said,  “Logistically, it certainly becomes more difficult to figure out [coming back to GH], not only living in Ireland but on top of that, with the travel restrictions and those complications, it makes it very difficult. But it is a strange thing that Lucky left to [go to] Ireland [upon his 2011 departure] and that I’ve ended up living here! I don’t know if maybe that means something, but maybe it’s this whole Method acting thing. I’m getting into character. I come back and say, ‘Yes, I’ve just come from Ireland!’ ”

General Hospital News: Sonny And Carly Are About To Have…

The Young and the Restless Spoilers: Sharon Struggles To…