The Bold and the Beautiful Spoilers: Brooke Knows She’s To Blame But Ridge Makes Deacon The Villain 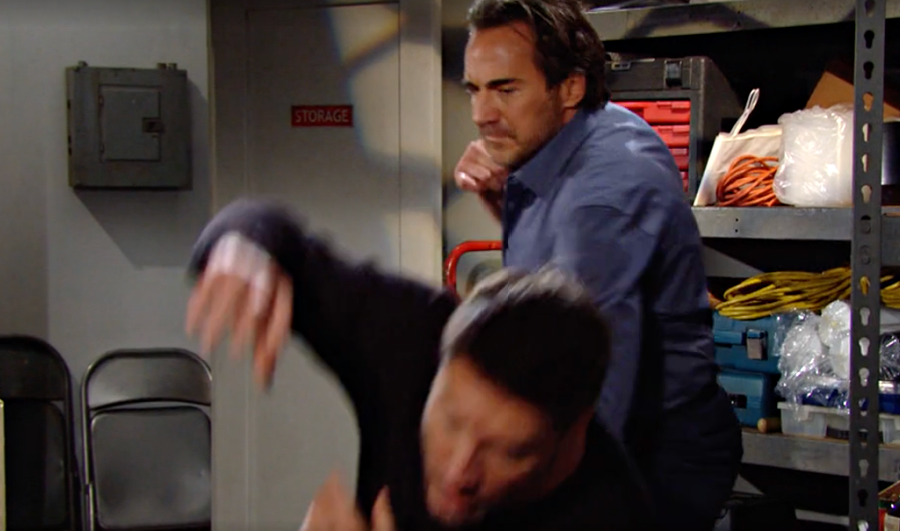 The Bold and the Beautiful spoilers document Brooke Logan Forrester (Katherine Kelly Lang) can only look in the mirror while her world collapses around her. She has been lying to Ridge Forrester (Thorsten Kaye) for weeks rather than telling him the truth about New Year’s Eve.

Deacon Sharpe (Sean Kanan) is not the villain in this storyline. But Ridge will not agree with that accurate assessment.

Brooke’s rivals will be eager to expose what she did with Hope Spencer’s (Annika Noelle) dad while Ridge was returning from his unexpected business trip. Meanwhile, Brooke’s true enemy, Sheila Carter (Kimberlin Brown), will remain the human poison who sparked the explosive trouble.

Bold And The Beautiful Spoilers – Taylor Hayes Did Nothing Wrong

Taylor Hayes’ (Krista Allen) return from Africa has been remarkable. She looks like an entirely different person, which is a wink to readers who appreciate the same type of tongue-in-cheek humor that B&B’s writing staff recently used.

As hardcore viewers heard, before Taylor asked Ridge to confide in her, she mentioned her haircut. Kaye’s character recognized that Taylor’s hair was noticeably shorter and told her so. Allen has said it was challenging to perform in her initial scenes while wearing her long wig. Taylor’s comment to Ridge about her long hairstyle being too wiggy was hilarious, with both characters and the audience in on the joke.

The above is a comic aside to Taylor’s imposed self-control. She has not battled with Brooke and had hoped to become friendly. That sincere effort leaves Brooke unable to blame Taylor, as she has done nothing wrong to her since returning to Los Angeles, California.

With whatever Brooke felt for Deacon decades ago when they had Hope Spencer (Annika Noelle), she is not in love with him now.

Deacon’s play for Brooke, where he has reinforced that she is the love of his life, did not result in Lang’s character reciprocating. She loves Ridge, the one true love of her daytime life.

Sheila’s outrageously awful champagne bottle switch caused Brooke to become drunk. She could not think straight and asked Deacon to do shots with her. Brooke also allowed him to kiss her while Douglas Forrester (Henry Samiri) watched. The drinking and kissing were not consistent with who Brooke is in modern times.

Ridge has been constraining his emotions because he assumed there was no chance that Deacon would revive a relationship with Brooke. Ridge was fearful that Brooke’s tolerance of Deacon would lead to trouble.

As everyone knows, Ridge’s prediction has come true tenfold. Major conflict lies ahead between Kaye’s character and Deacon, with more than shouting likely to be seen on B&B. Then, Ridge will need to decide where he and Brooke stand.

The Young and the Restless Spoilers: Abby, Devon, And Chance Stunned – Paternity Switch Sinister Or A Simple Mistake?

The Young and the Restless Spoilers: Adam And Sally Hit The Sheets For Valentine’s Day?

The Bold and the Beautiful: Is Carter Going After Brooke Now?

The Bold and the Beautiful Spoilers: Taylor Wants To Hold Ridge Accountable For…

The Bold and the Beautiful Spoilers: Can We Talk About How Hot Kimberlin Brown Looks…

The Bold and the Beautiful Spoilers: Hope Desperate To Keep Douglas Away From Thomas

The Bold and the Beautiful Spoilers: Steffy Knows She Needs…