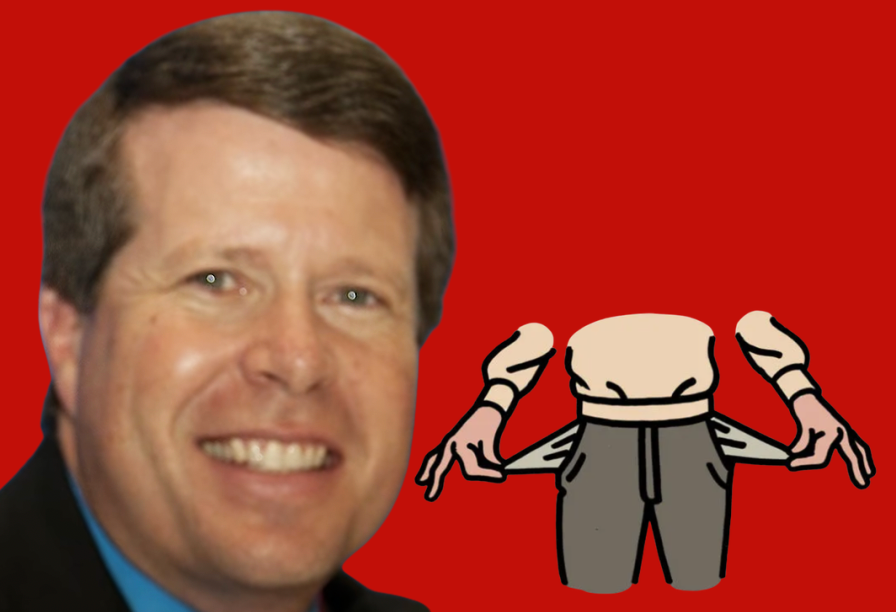 The Duggars spoilers reveal that Jim Bob Duggar may be running low on his money this year. With the family’s television show being canceled due to Josh Duggar’s child pornography charges, it looks like the Duggars may be in for it when it comes to their finances.

Has The Duggar Money Run Out?

Jim Bob was always in charge of the money that TLC paid the Duggar family and there were even lawsuits drawn up by some of his children because he wouldn’t pay them. Now that there is no show, things have most certainly changed for the family.

One source revealed that the Duggar family made around $850,000 each year that the show was on TLC. Getting canceled has really changed things for the family and some fans think that Jim Bob is in deep debt now that he has no income coming in.

How The Duggars Make Money

The Duggars have all had jobs before they began the show and Jim Bob owned a few car dealerships, dabbled in politics, and had multiple rental properties. The family has gotten quite the bad name though. With Josh’s child pornography charges, his car dealership is now gone, and do the people of Arkansas trust the Duggars anymore? It doesn’t seem that way.

All of the Duggars have been pushing their ads on social media and trying to keep up with their bills. It has got to be complicated now that many of them have a lot of children. For example, Anna Duggar, Josh’s wife, has seven children and now her husband is in jail and facing thousands of dollars in fines. What does she do to make money? It looks like Jim Bob has sold a big chunk of the property that he owns. He sole 5.80 acres in Arkansas and it looks like that may keep him afloat for quite sometime, but that money won’t last long.

Be sure to catch up on everything happening with The Duggars right now. Come back here often for The Duggars spoilers, news, and updates.

Stormy is well… our favorite gal living in Paris! She’s here to lend us her deep thoughts when she feels the urge. (**sarcasm**) You won’t find a cooler, more chill gal on the planet. From Daytime soap news, spoilers, reality shows, and the latest interviews, Stormy is the all-around Girl…. we love her!

The Young and the Restless Spoilers: Sperm Bank Withdrawal Mix-up!

Tanya Clark Nov 7, 2021
The Bold and The Beautiful

The Bold and the Beautiful Spoilers: Bill Spencer To Go Up…