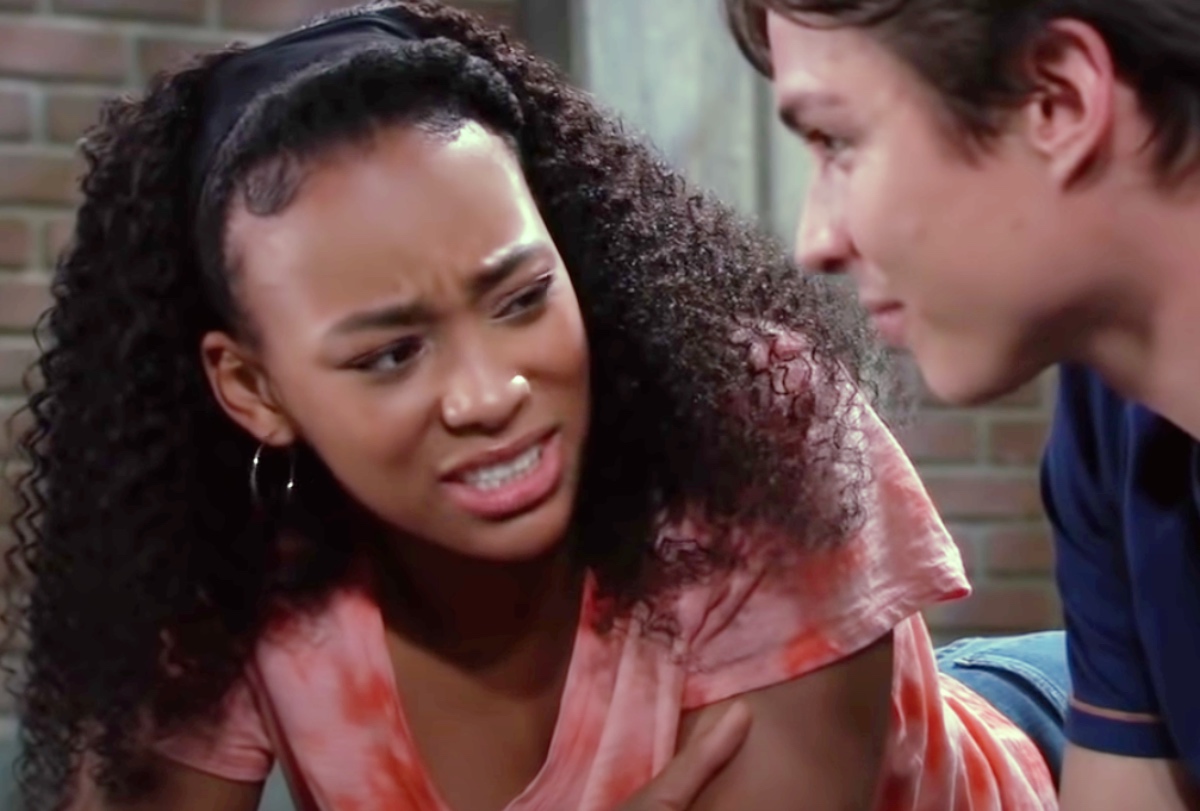 General Hospital spoilers say that while Spencer Cassadine (Nicholas Chavez) is trying to keep his distance from Esme (Avery Pohl) – but not too much because he’s unsure of what she would do in revenge – there’s a possibility that there might still be some feelings between him and Trina Robinson (Sydney Mikayla). That is, if she’s willing to give things another chance with Spencer, who obviously has some growing up to do. Here’s what you need to know.

Of course, when it comes to the “teen crowd” on General Hospital, a lot of fans have a lot of things to say about them, especially when it comes to the love and romance department. And it looks like General Hospital fans on social media are torn when it comes to ‘Sprina.’ That’s because some comments include, “This is strike 2 with his track record relating to Trina. The art gallery prank was the 1st. He’s going to have to do some self-awareness. I think SpringRidge w/b more helpful for him to reflect on his & Esme’s horrific behavior. I hope Trina DOESN’T visit & focuses on herself.”

Another fan said, “Spencer has been relegated to “Esme’s boyfriend”. His story was more compelling before she came on the scene. Still rooting for #Sprina but I need them to actual develop them and for Spencer to BE the Cassadine heir.”

And then there was this comments: “Still Team Sprina. I do think Spencer has a lot of growing up to do and it shouldn’t fall solely on Trina. I’ve seen worse and gone through worse with my couples. In the grand scheme of things this is nothing yet. So no I’m not giving up on them.”

What do you think? Should Spencer and Trina become a couple? Or do you think Esme might get in the way and do something horrible to Trina? Seeing how she tried to frame Cameron, there’s a good chance that Esme is willing to do anything, especially when it comes to getting things done her way.